Desert and Seas - not the retail outlet

I had a meeting at Sabah Al Ahmad Sea City mid-morning, so left early to check out the desert habitat north of Road 290 in the south of Kuwait.

When I was last there, there was an informal dump site made up predominantly of builders rubble and this was pretty good for Wheatears. This time, progress had been made and much development was underway for Phase 4 and 5 of the Sea City project and the rubble had been moved to make way for a new road.

And a little later a Desert Wheatear 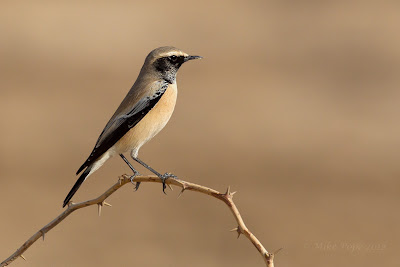 Three down, one to go and for this bird the best bet was to find some builders rubble which I eventually did and after some time found the more sought after Red-tailed Wheatear. 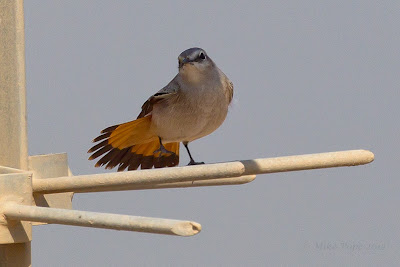 I headed to the Site Office of the project and with Anand arranged a quick survey along Phase A1 and off-shore. We first headed out to the marker buoys just off-shore and I was pleasantly surprised to find 4 Socotra Cormorants this late in Autumn or early winter.

Heading back for our meeting, we found a single Eurasian Curlew

Whimbrel (note to self, learn how to clone the distracting paper out of the image)

and one of three Grey Plovers.

Although not big diversity in the short time, I was very happy with the Socotra's and Red-tailed Wheatear.

I needed to get out and enjoy some autumn birding and Al Abraq with it's diversity of habitat is special place, despite the usual shooters on the boundary with their Oriole playbacks spoiling the tranquility.

I was able to leave early to miss the bulk of the traffic on the 6th Ring Road and was through the farm gates just after 6am. Two juvenile Black-crowned Night Herons were seen at the pond just inside the gate, one of them swimming around in the water like a duck.

A little later I was joined by Khaled Al Ghanim and we searched for the Levants Sparrohawk(s) that were found earlier in the week by Pekka, without success. There were however numerous Accipiters around the farm and all those that we did get good sightings of were European Sparrowhawks. 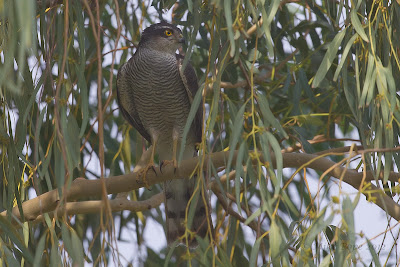 Walking through one of the groves of trees with the naked 600mm, I eventually managed to get an image of one of the two Red-breasted Flycatchers - in these circumstances, hand-held is the only option as these great little birds are very active and don't stay still for long.

Other raptors seen were Pallid Harrier

Common Kestrel, including this one that had escaped along with the raptor trap designed to catch it. So it is will die a slow death if it lands and the loops get caught in branches 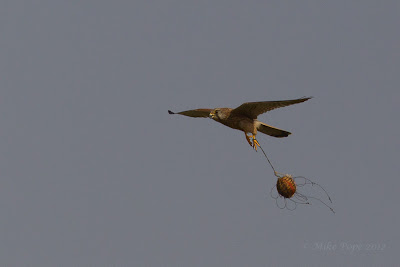 A flock of European Bee-eaters were hawking around the pool at the entrance, this one in a fighter jet pose

Later whilst perched in the tree's, a juvenile Eurasian Golden Oriole joined them and later came down for a drink 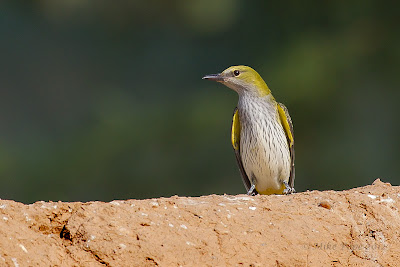 And my first Spanish Sparrow for this Autumn.

By now the wind had picked up together with dust, so I called it a morning and headed back home
Posted by Birding Kuwait at 13:08 1 comment:

I spent a few hours at JPR and SAANR this morning. Weather was perfect for us, but not for migrants as there was literally no wind at all, so it was a little of a bird'less day.

A small flock of Blue-cheeked Bee-eaters had roosted overnight on the trees inside the entrance of JPR. Here is one being true to it's name - having caught a bee in flight!


The water that is left is evaporating very quickly and we hope that a solution is reached soon, so that supply can be restored for the balance of migration and the coming winter.

A Common Kingfisher was seen near one of the drying pans


This was a 'grab' picture of a juvenile Purple Swamphen that suddenly appeared out of the reeds, proving that breeding took place this summer - despite the fact that not many Swamphens have been seen, so that is certainly encouraging


I headed over to SAANR where it was even quieter, however a few Desert Wheatear's were seen on the way as well as Eastern Black-eared and Pied Wheatears

At Tuhla, a female Eurasian Sparrowhawk quietly dropped in for a drink in the shade of an Acacia Tree


Rashed was also out in this first week of August, but lack of a northerly wind ensured that migrants were almost absent

Posted by Birding Kuwait at 09:43 No comments: 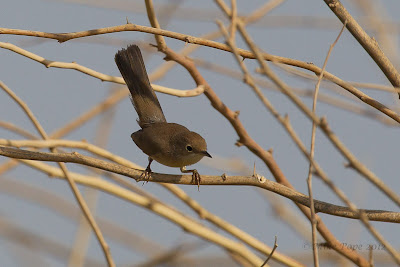 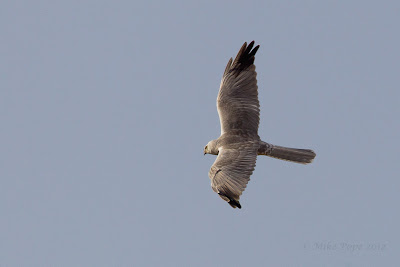 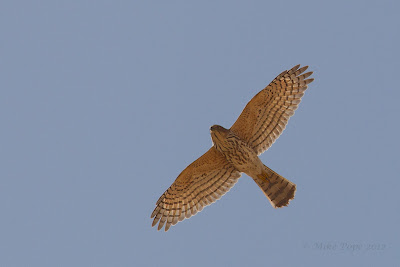 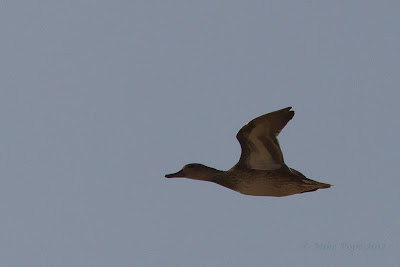 On the way to JPR, I stopped on the coast and photographed one of the many Gull-billed Terns foraging near an outfall


I was able to spend an hour at JPR at lunch time, not ideal light but better than nothing. Unfortunately, there is a dispute with contractors who laid the water pipeline and water supply to this critical reserve in migration has been interrupted and the pools are drying up rapidly. We all hope that this will be resolved soon, so water supply will resume.

The Western Marsh Harriers are still present at JPR, patrolling low over the reeds to ambush any unsuspecting birds


Wader numbers are encouraging, but as water dwindles and evaporates, so will the birds. Quite a few Temminck’s Stint were seen 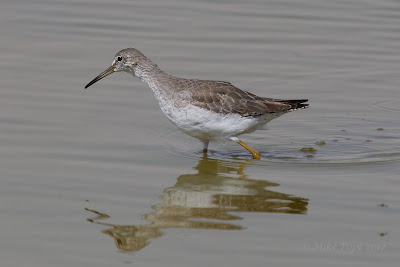 There were big numbers of Dunlin, with most already in non-breeding plumage

A distant Long-legged Buzzard in the heat haze

In one of the deeper more protected pools, I found a few male Northern Shoveler's in eclipse plumage 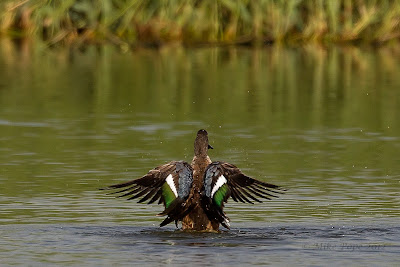 In a quiet pool that had a lot of concentrated fish (since it was drying out), I found a hunting Squacco Heron successfully filling up on small fish 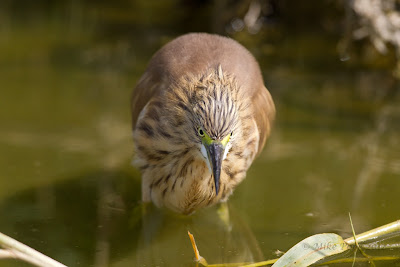 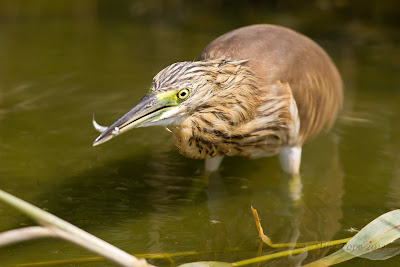 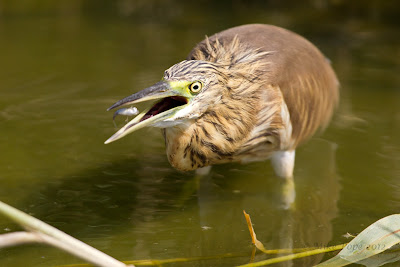 Whilst watching the Heron, I noticed that a Little Crake had popped up between some reeds and was happily preening itself

Later I found another Squacco Heron with very different plumage, before heading off


Posted by Birding Kuwait at 08:32 No comments: