I was on a mission to get better photographs of the 3rd Mudskipper species in Kuwait - Slender Mudskipper.

An early start to catch the low tide, meant a fair drive north, then east and north again toward Boubyan Island and stopping on route for a few landscape images


In this northern area there are also extensive mudflats - but finding a suitable one was a challenge.

Eventually I did find one and after scanning it for some time saw that there was quite a bit of activity on the flats. The problem was that since it was early I would be photographing into the sun - my problem was solved when I found an old slipway, so could get closer to the low tide and photograph back to the beach with the sun behind me. So I plonked myself down on my backside and sat for over an hour enjoying the animated activities of these fascinating amphibious fish. May I present to you, Scartelaos tenuis, who by the way has impressive blue eyes when the catch the light just right! 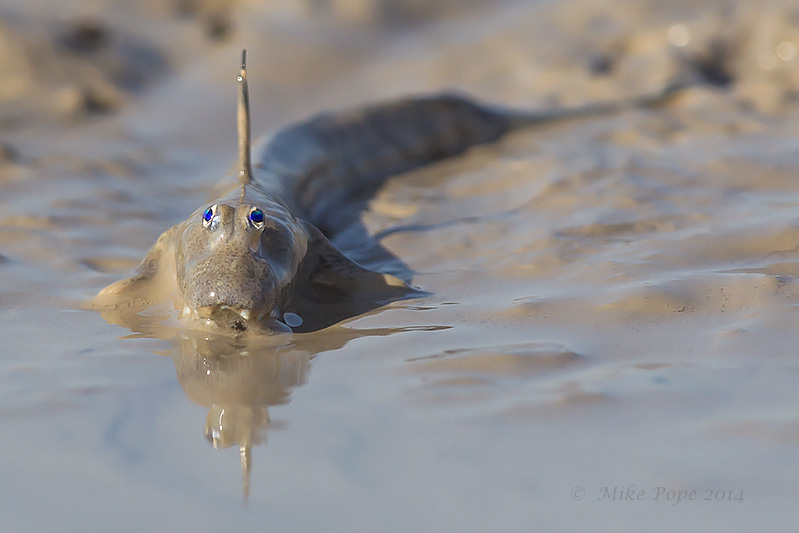 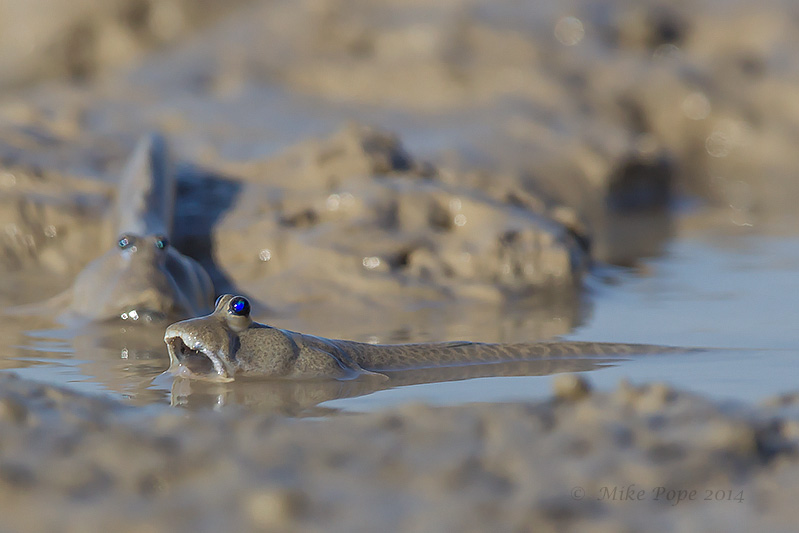 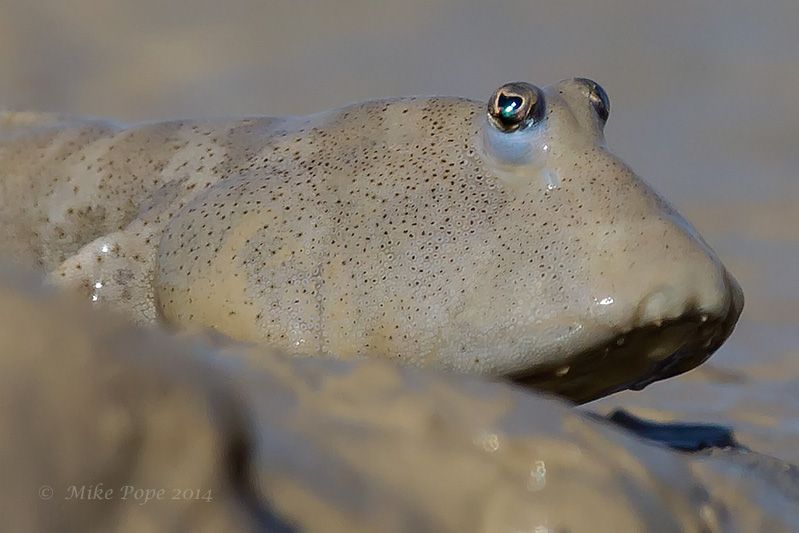 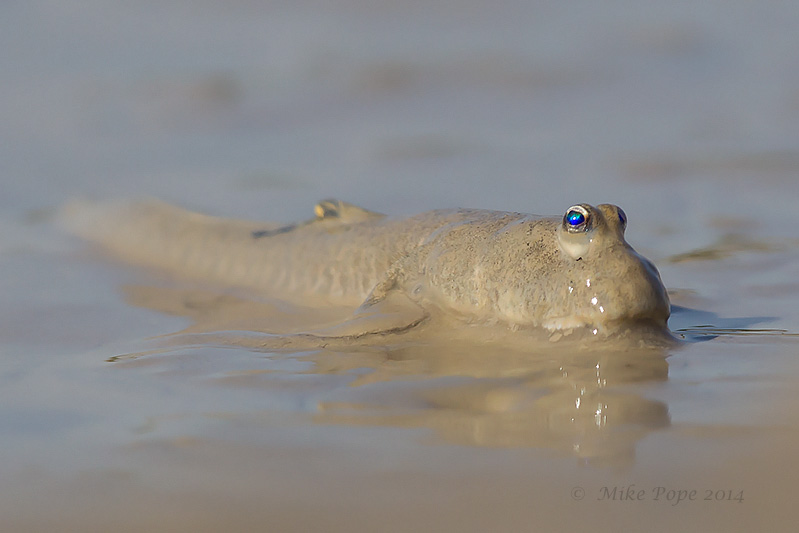 After an enjoyable morning, I headed back toward home stopping first at McDonalds to enjoy a birding favourite - Egg McMuffin and Cappucino and since it was the first day of Eid, they were open!


And a few White-winged Terns foraging over the outfall - I shudder to think what it is they fished out of the outfall to eat, but it must be revolting! 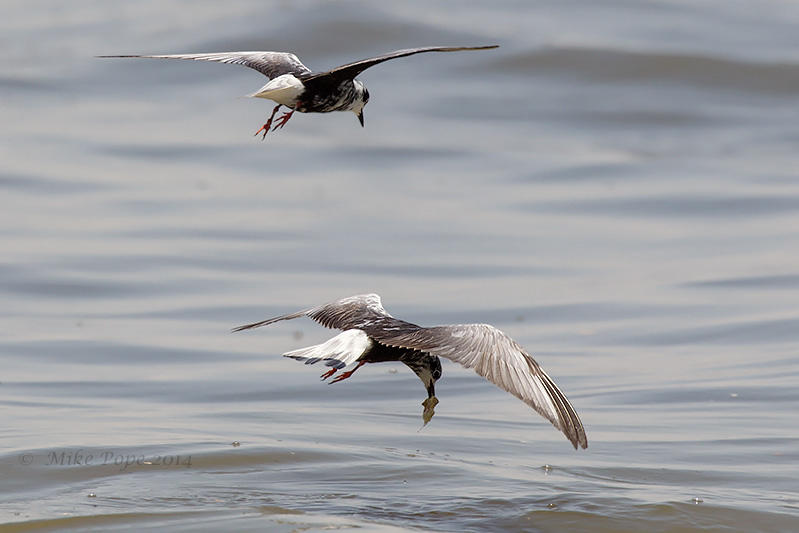 And a House Crow dropped in, fortunately the number of these Crows have remained low in Kuwait

After spending a few outings in the north of Kuwait, I was back in the south at the Sea City project to check if the shorebird abundance was as good as Jahra Bay.

As with the north, passage migration of shorebirds was also evident in the south - smaller numbers, but similar diversity. Inside the project I had flocks of Common Sandpiper


A few Redshank and small flocks of Lesser Sand Plovers. 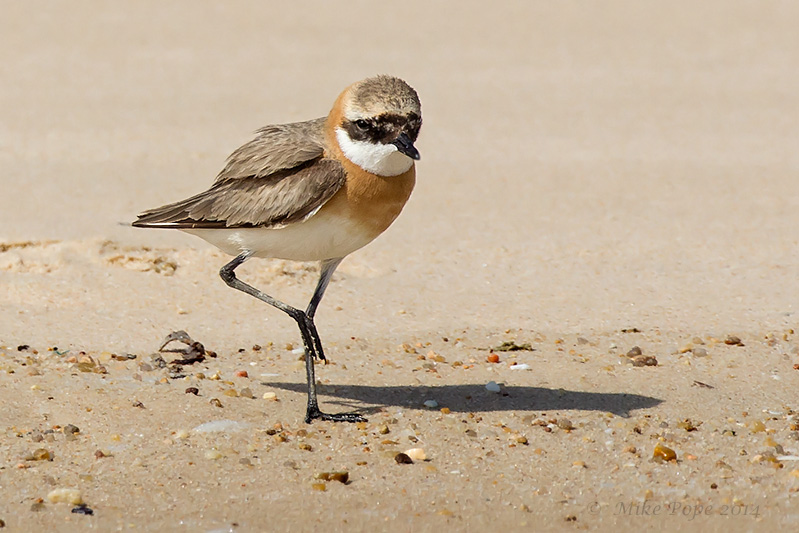 Of more interest to me were two Socotra Cormorants foraging inside the project, as these are more typically coastal and off-shore species - at least in Kuwait they are 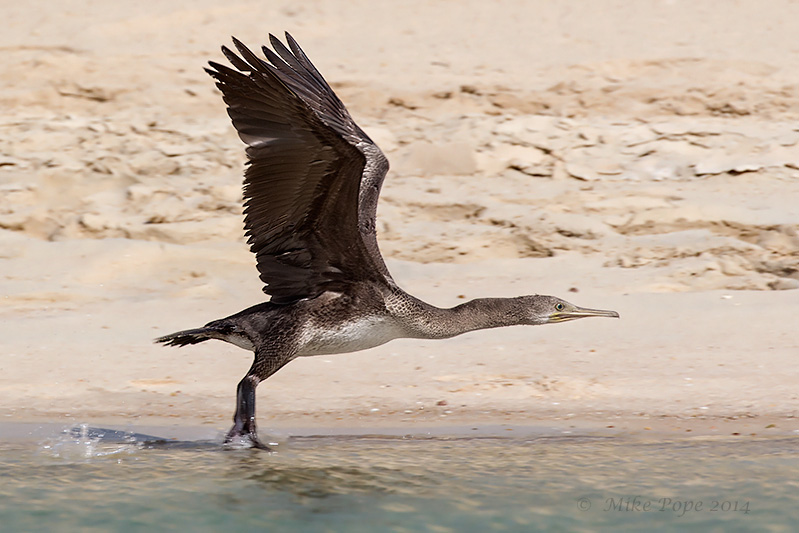 A pair of Graceful Prinia was a new addition for the project, they had taken up residence in an area with suitable habitat. It is certainly the first time for me that I have seen this species on the coast in the south of Kuwait


South of Khiran, I found a good mixed shorebird roost on the coast and a single Eurasian Oystercatcher, distinctive in winter plumage with the white collar


Posted by Birding Kuwait at 16:19 No comments:

The start of autumn passage migration is imminent and already shorebirds have started to arrive along Kuwait's Arabian Gulf coastline. You have to get an early start to avoid the heat later in the day, but heat haze is still a challenge with a long lens. 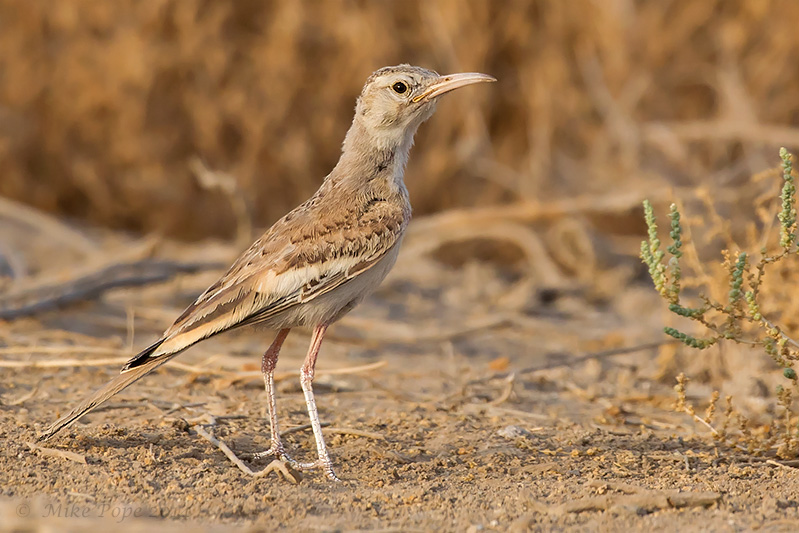 An my first Isabelline Wheatear for this autumn


Whilst photographing the Doves, some movement on a sand bank behind me alerted me to a small flock of Pale Rockfinch - a bird I haven't seen for some time. Unfortunately they were sitting in the shade, so that wasn't ideal 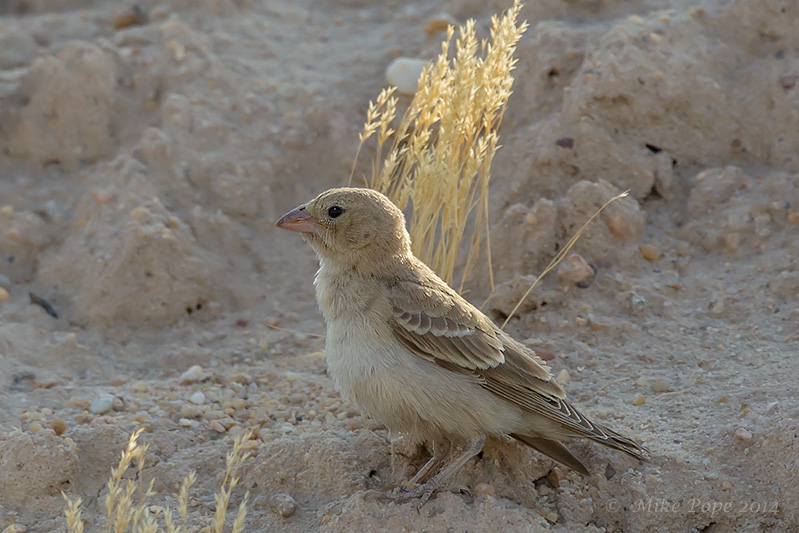 At the outfall, there were again adult and juvenile Caspian/European Reed Warblers 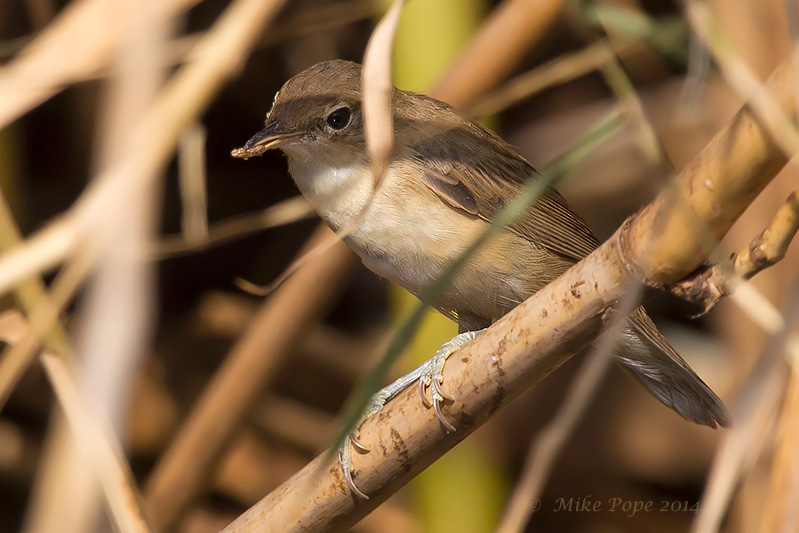 I had to wait some time for the medium high tide which kept the shorebirds further away than I had hoped - it is risky trying to get closer as the sabkha can be quite treacherous. Nevertheless, I enjoyed the large flock of Crab-plovers - both adult and 1st year birds 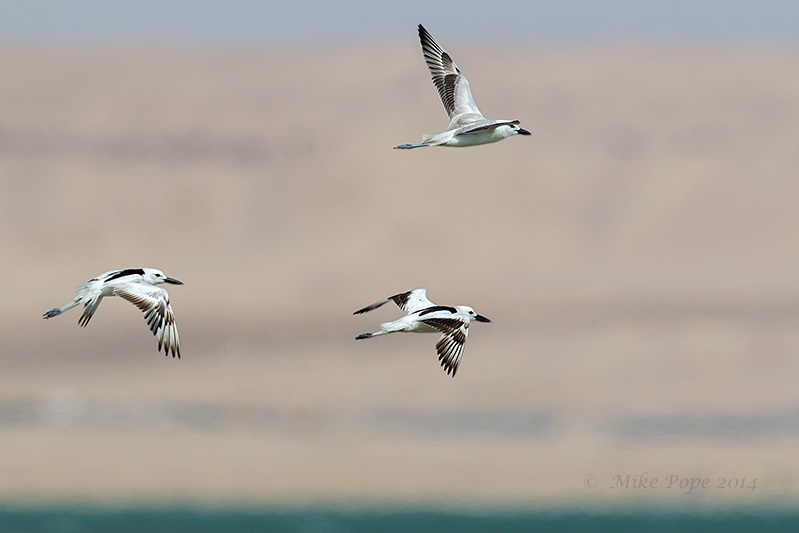 
It is pretty early in the year to get Great Cormorants, but there were already 3 here together with a few large white-headed Gulls


I found this fast moving wasp like insect on the sabkha and have no idea what it is - any advice would be appreciated.


Posted by Birding Kuwait at 16:00 No comments:

Migrants and a Rarity

Neil and I had another early start with Jahra East the final destination. The smelly outfall near the Maternity Hospital is one the way, so we made a quick detour in the early morning light.

A few 1st year Common Tern were foraging over the outfall

Neil picked up the albino Kentish Plover that had been seen a few weeks back, unfortunately a stray dog made it dash out onto the low tide zone and eventually fly away - so just a distant record image of an unusual morph.

Once we reached the outfall we spent some time looking for Warblers, but only came away with Caspian/Eurasian Reed Warblers, adults and 1st year birds some of which are still begging for food.


We then walked to where the outfall exists to the sea to check for shore and sea birds.

Three Black-headed Wagtails were the first of this autumns passage

A bird flying in to the reeds just caught my eye, I suspected Black-winged Kite, but wasnt 100%. I alerted Neil and we walked back up along the outfall before Neil spotted the bird roosting on top of the phragmite reeds - Black-winged Kite it was and 19th record for Kuwait.

A few dragonfly species were around the outfall

and on the way out, a Blue-throated Agama high on a Salt Bush, to take advantage of a breeze as part of its cooling strategy 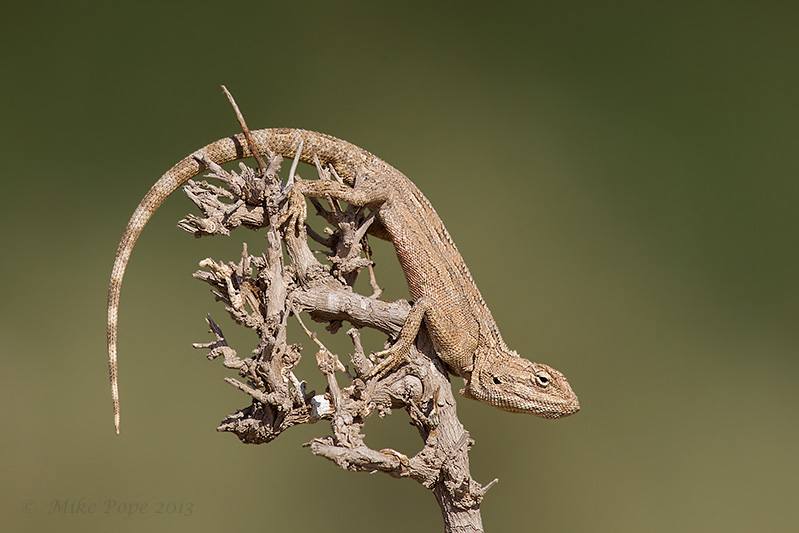 Posted by Birding Kuwait at 15:32 No comments: