'Twas the day before Christmas

The day dawned with clear skies and not a breathe of wind; so perfect to get out for some birding and photography and Jahra Pools was the place to head to.

The Brown-necked Raven was still present at the top end of Gulf Road and talking to Rashed later in the morning, he said this bird has been seen in this location in years past, quite curious!


The Afghan Babbler was seen by one of the birders and Water Rails were seen foraging in the shallow water around the reed bases. I also saw two Little Crakes creeping around the shallows


Greater Flamingo's were still present in the west pool, but decided to depart just as I arrived, here a 1cy Flamingo at full stretch


In the same area, the male Caspian Stonechat was seen on the fence; try as I could to get a flight shot to show it's distinctive Wheatear patterned tail, this was the only poor image I could get 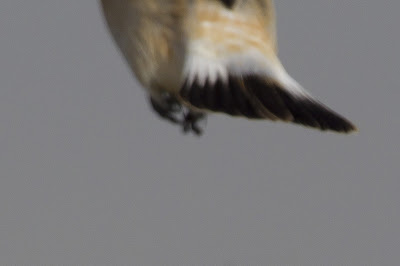 
Sand Martin numbers had also swelled and outnumbered the Barn Swallows. A single Red-rumped Swallow was quite a surprise as it came in low to grab a drink


Pallid Swifts were overhead as it slowly warmed up


A Black-eared Kite, the Asian race of Black Kite, drifted in and landed on one of the dead trees in the pool, probably for a drink a little later


The regal Great Crested Tern paddled by pretty close, here a few creative images of tranquility, serenity and symmetry after it had ruffled it's feathers. 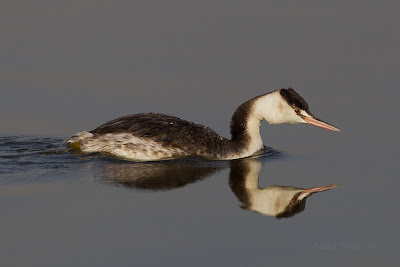 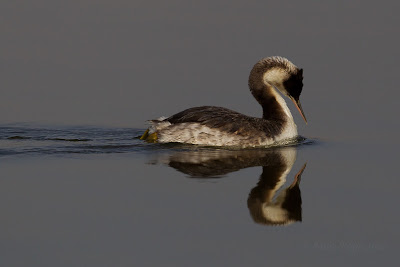 
As it 'Twas the day before Christmas, it is fitting to end of this post with this unlikely winter visitor, a European Robin that isn't sitting on a Christmas Tree in the snow, but rather some phragmite reeds in the desert of Kuwait.


Wishing you all the very best this festive season.. 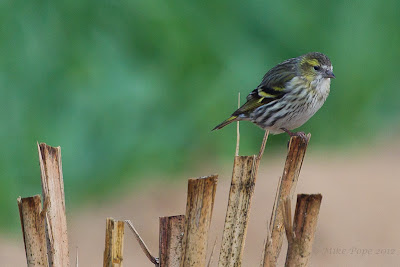 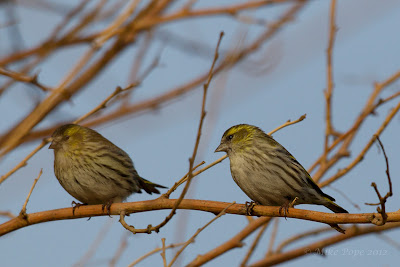 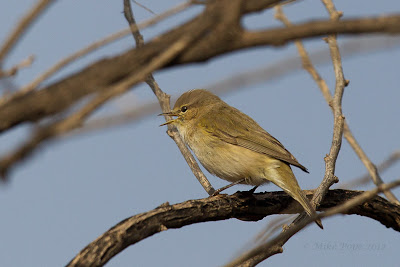 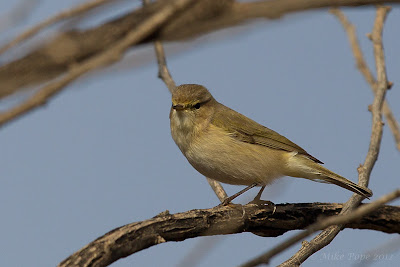 Gull fest in the South

The rain continues and we have now exceeded the annual rainfall of last year, so this could bode well for a good spring migration and breeding season in 2013.

I was out on the water exploring some of the new lagoons at the project in intermittent rain. Most of the birds seen today were Gulls and as hard as I try, I still find them challenging to id - even with the luxury of viewing the image on my laptop surrounded by field guides. So, I really do admire those birders who can easily identify the challenging species in the field.

Here the Caspian in flight 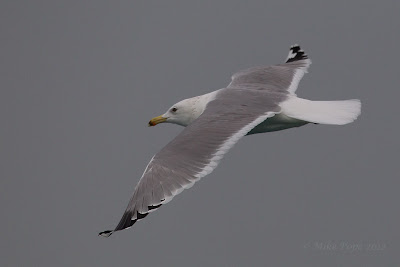 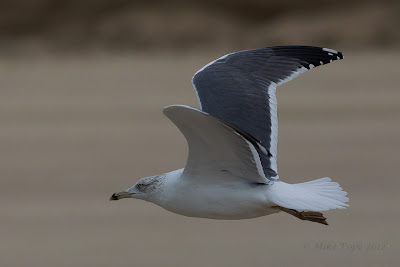 Later I found another Gull that I am unsure about, perhaps a Steppe Gull?

After getting wet on the lagoons, I drove to the south of the Khor to explore the desert, finding a few Wheatear's and a flock of Meadow Pipits foraging in the newly grown vegetation from the recent rains. 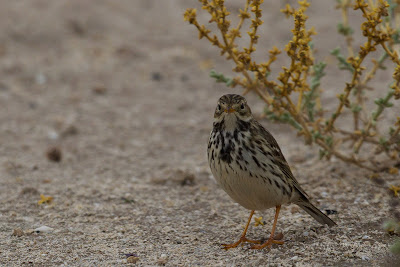 Posted by Birding Kuwait at 17:13 No comments:

The Sea and the Pools

We have been experiencing overcast weather with some rain which are the days we wish for in mid-summer, but this is not really ideal for photography.

A Brown-necked Raven had been reported at the top end of Gulf Road a week ago and it was still present on an empty patch of land next to Gulf Road. I noted it had some string entangled around it's feet and its behavior was more indicative of an escaped bird than a wild bird. Nevertheless, it offered some close up images; but we do need to try and catch it to untangle the string which wont be easy, as Crows are generally quite clever and intelligent. 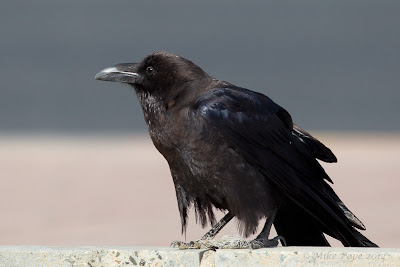 On the beach side, an adult Heuglins Gull was scavenging scraps amongst the Doves, along with a juvenile bird. 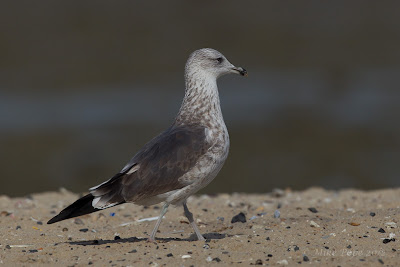 
In Sulaibikhat, the tide was way out and only a winter plumage Greater Sand Plover came within photograph range.


The reflection of a pale form Indian Reef Heron, was better than the bird itself which had an ugly background behind it. A bit of creativity...


The next day, I spent an hour at Jahra Pools, but wind kept the birds hidden.

However, a male Caspian Stonechat was welcome


A female European Stonechat was also present in the same area


A female Northern Shoveler emerged from the reeds after a Marsh Harrier fly over.


Looking back when I left, the sky had darkened with more welcome rain on it's way

Posted by Birding Kuwait at 16:54 No comments:

Bird of the day in the South

I was back down at the Sea City, this time on the northern side of the project. Fortunately, sea conditions were a little better this week and we avoided getting as wet as we did on the last visit.

Cruising out slowly from the jetty produced a few birds on the pristine beaches, here a lone Caspian Gull that appeared to have an injured leg


A Common Greenshank was seen feeding in the shallows


Great Cormorants are now seen all over the project, this one still roosting on a lamp post.


The bird of the day and a real surprise was finding a Great Crested Grebe swimming and fishing in and around some Great Cormorants. As far as I know this species has not been recorded this far south and interesting that there is also a single bird still at Jahra Pools, north of Kuwait City.


Off-shore there were still two Socotra Cormorants on the buoy, along with Great Cormorants


On the beaches near the Power Station, we had Kentish Plover


Along with a few Slender-billed Gulls

On the way back to the jetty, we had a dark form Indian Pond Heron near the Khiran Marina


Followed by a single Grey Plover foraging on the beach.


Driving back home I noted that the desert is turning 'sparsely green' following the recent winter rains.