After almost 3-weeks of non-stop wind and blowing dust we finally had a clear and windless day. I opted to head south and explore the coast on a boat between Sea City and Mina Al Zour.

As expected, I had a single Bridled Tern on the off-shore marker buoys

Sharing the buoy, were a few 1st year Socotra Cormorants which are summer dispersers from their breeding grounds in the south

Amongst the 1st year birds was a single sub-adult Socotra

Heading a little further north up the coast to Mina Al Zour, we encountered some Terns roosting on a large off-shore buoy - the majority were Lesser Crested

More Socotra's were seen, with the final count being 29 birds. However what was interesting this time was the 4 adult birds amongst the 1st years - certainly the most I have seen in one summer. 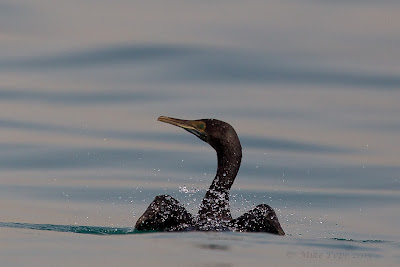 A few birds were sitting on the water and quick as a flash, the adult bird dived down and came up with some breakfast that it had to eat quickly, as the 1st year birds tried a bit of hijacking. 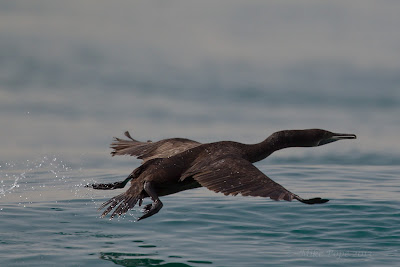 On the way back to the Sea City, I had a pair of White-cheeked Terns on the beach inside the project.


Posted by Birding Kuwait at 16:06 No comments:

I had to postpone my visit to Sea City a few times this month, due to very strong winds bringing blowing dust - not conducive for birding at all. Even today, on what would have been my Dad's birthday, the hot wind hampered birding and kept the few birds that were still around low and in cover.

On the islands, I was surprised to find a few lingering migrants in the form of Red-backed Shrike, Upchers Warbler, Collared Pratincole and a small flock of Common Swifts that passed by overhead. Even resident birds were scarce in the hair-dryer wind and sadly I only managed to photograph this fairly large Grasshopper, probably a Short-horned Grasshopper


I had access to a boat, so ventured off-shore in very lumpy conditions, finding a single Lesser Crested Tern and then a single Bridled Tern that came in roost on the off-shore buoy. Swinging a big piece of glass in big swells and strong wind was a challenge to say the least, so I was happy with the BIF image 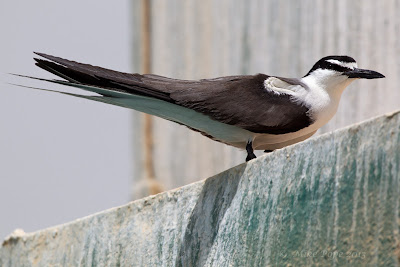 However, what was really rewarding, was a flock of 21 Socotra Cormorants that flew in and then north up the coast, led by an adult bird which is pretty uncommon. Less than 1% of the summer dispersed birds are adult birds, all others are 1st year birds. Earlier I had seen 11 birds, so in total 32 birds which is pretty close to the highest daily count of 40 birds for this species.
Again, I was very happy to get the adult bird in flight and is testament to the 1DM4 focus performance in challenging conditions.


By now I was feeling a little wind-swept and dried-out, so called it a day.
Posted by Birding Kuwait at 18:00 1 comment:

Biodiversity East and I had the opportunity to visit this Preserve south of Kabd in Kuwait and were kindly hosted by KOC on a tour inside the 3-million square meter fenced area.

Since the Preserve has been fenced it is immediately apparent at the difference in habitat on either side of the fence line.


This Preserve is one of KOC environmental initiatives to comply with the KOC 2030 strategy and was established in January 2011. The area was fenced before a clean-up operation was initiated and to allow the indigenous flora to begin it's natural regeneration. In parallel, a few lakes with permanent water were created as water is the life blood for any reserve and additional flora was cultivated and planted to speed up the establishment of the desert habitat.

An interesting pattern in the sand, created by wind and grass


Although Spring migration is past, we did record 14 bird species, the most predominant were Black-crowned Sparrow Larks which do breed in this Preserve. 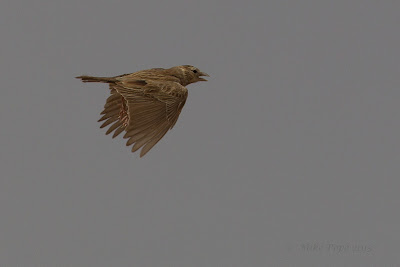 A Greater Hoopoe Lark was also seen at one of the lakes and may also breed in this Preserve. I was finally able to capture it in flight, showing the dramatic white wings that are not visible while the wings are closed, similar in some respects to seeing a Squacco Heron taking off when suddenly there is all this white.

2 pairs of Little Ringed Plovers were seen at the respective dams and their behavior certainly suggested that nests were in the vicinity, although I couldn't find them.

A few lingering migrants included Little and Temmincks Stint and a lone Yellow Wagtail. We hope to return during the Autumn migration and it will certainly be an area that could produce some interesting records in the future and I'm sure should host the elusive Dunn's Lark.


Earlier in the week, I was at Jahra East Outfall searching unsuccessfully for the Black Tern and Grey Phalarope rarities, however I did I photograph these 2 Dragonflies as a consolation prize, which I have not yet identified.

I also photographed this diminutive little butterfly, whose id is also unknown

Who turned up the heat?

From Spring to Summer in little more than a week as temps now soar above 40 degrees and pretty much signify the end of Spring migration.

I spent a few hours at JPR, but even arriving at 7am the sun is already pretty high in the sky. The rising temps combined with evaporation and heat haze is not conducive to good images with big glass, guess I have to get up earlier to avoid that.

Nevertheless, it was still an interesting morning as a good number of species are either sitting on nests, feeding young or have grown broods due to the favourable conditions at JPR for the past few months. I must say it was a little distressing to see that water supply had been disrupted due to maintenance as a few of the shallower pools were drying up at this critical time, but hopefully it will be restored this week. 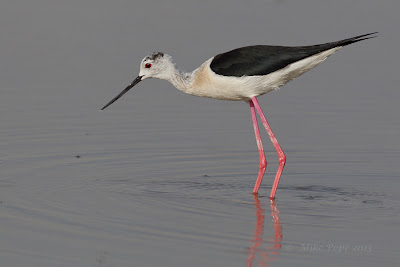 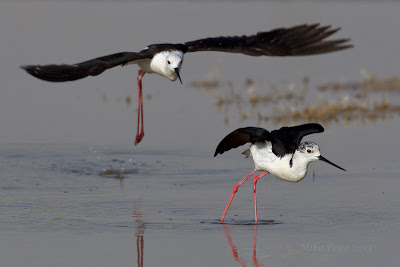 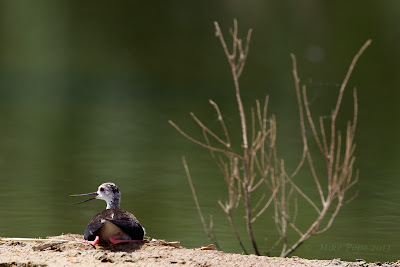 I was surprised at the number of Little Grebes with young of various ages, it seems that they have had a very successful season

A single juvenile White-tailed Lapwing was seen amongst a few of the remaining waders. This species has bred previously at JPR, not sure where they bred this season.


Lastly, I saw a pair of Little Ringed Plovers courting and this bodes well for this species breeding at JPR this summer. They did nest last year during the road upgrade, but the construction probably disrupted their ability to hatch the eggs. Hopefully this year they will be successful.


As was a single Terek Sandpiper, certainly the first time I have seen this species in the reserve - they are normally associated with coastal habitat in Kuwait


I have seen a pair of Namaqua Doves in the reserve on the last few visits, so hopefully they will make this their 'patch'


A single Woodchat Shrike was seen, as was a Daurian and Red-backed and these were literally the only migrant stragglers left in the reserve


This thorny fruiting bush (Nitraria retusa) was a magnet for many migrants a few weeks back, however some of the resident birds are still enjoying the left overs.


Posted by Birding Kuwait at 11:10 No comments: