As I will be leaving Kuwait early next month, Neil Tovey, Paul Scott and I planned a morning out to the west. Unfortunately, the weather didn't get the Memo and was not what we planned with overcast conditions and strong wind with blowing dust. That didn't deter us though when we met just after 4:30am to head west. Inclement weather does sometimes drop good birds, plus this trip was all about the company.

We reminisced on the drive and had many laughs, so before we knew it we had arrived without much improvement in the weather. We spent an hour, at the farm found only 6 species and then cut our losses.

We headed back east to the Pivots and bizarrely the weather improved a little, or at least the wind died down and gave us a good 2-hours before it turned again.

We went in search of the Richard's Pipit's finding 5 and possibly a 6th bird. We tried our best to check for any Blythe's, but all were Richard's 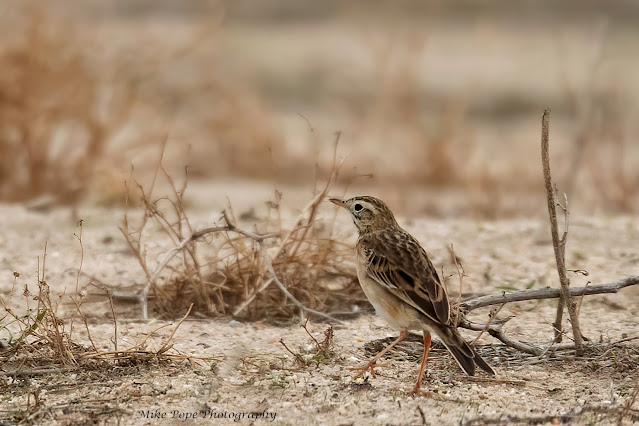 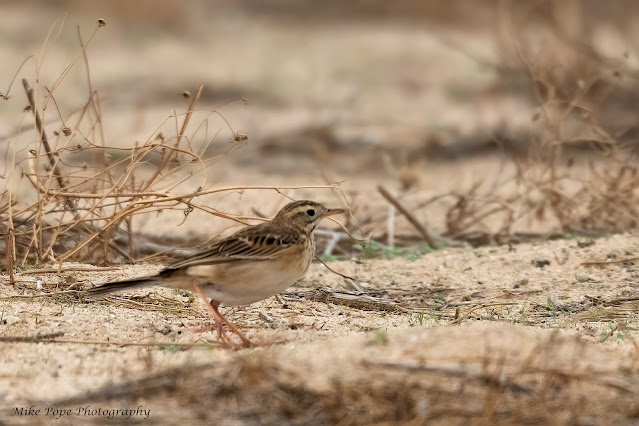 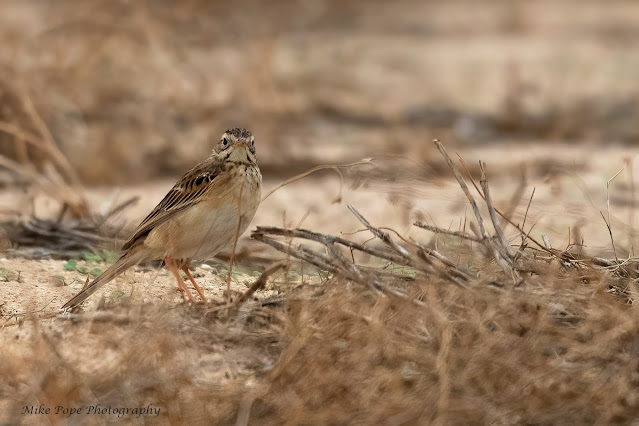 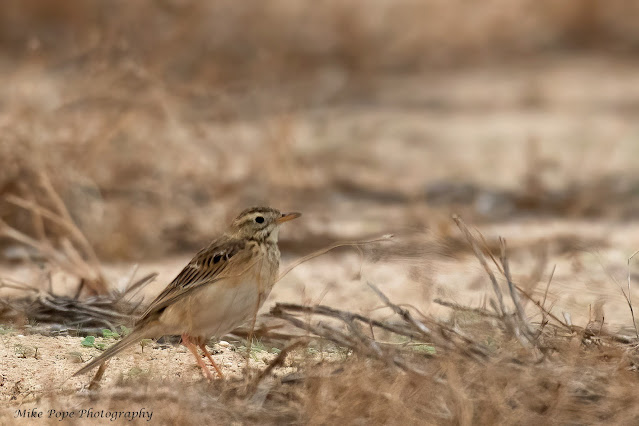 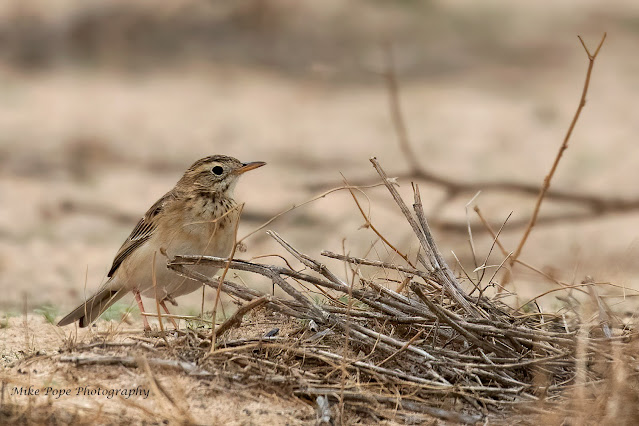 We then scoured the big flocks of White Wagtails looking for a possible Eastern Yellow. We were pretty excited when we did find a possible candidate, but it turned out to be a late Western, after some discussion later in the day. 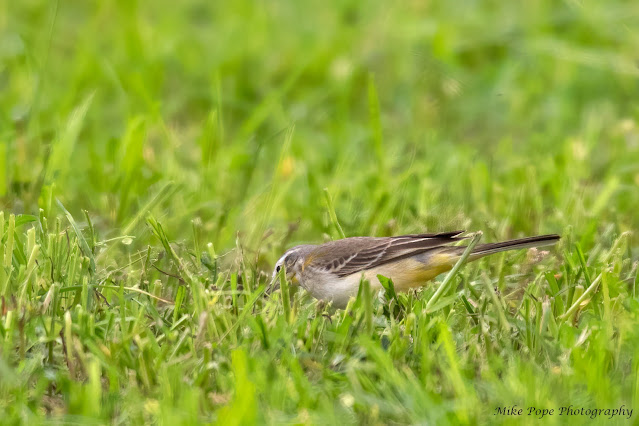 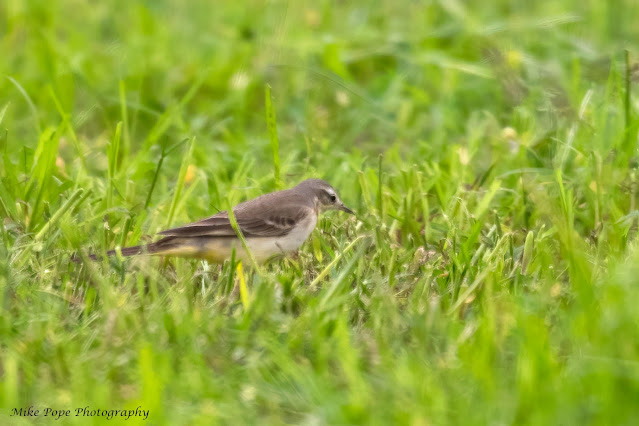 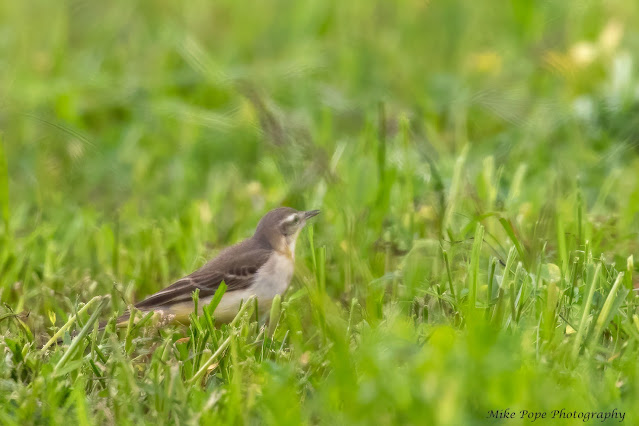 We had 12 Sociables amongst the Northern Lapwing whilst looking at the Wagtails. On one of the pylons, an impressive near adult Imperial Eagle that didn't allow close approach at all 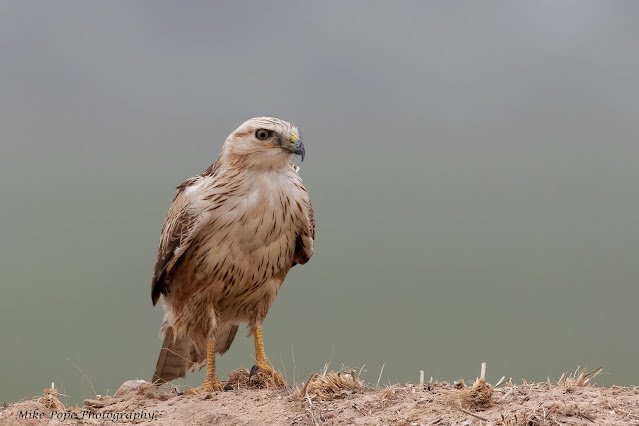 Further along, we found the 'black' Long-legged Buzzard that has being harassed by a regular Long-legged 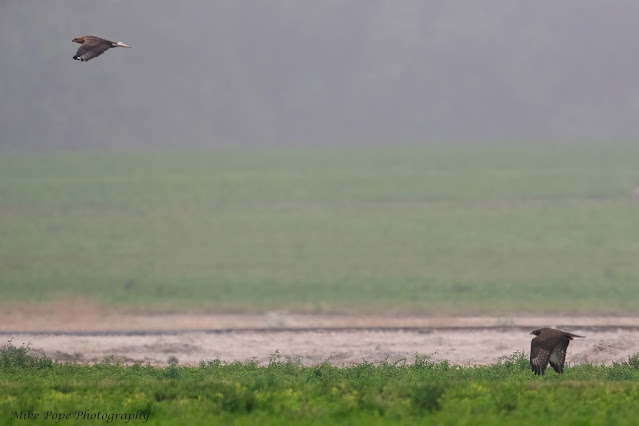 Last stop at the marsh, there wasn't much as the wind was pumping pretty hard - but I did see this female Yellow-crowned Bishop hanging onto a reed low down.

After that we called it quits as visibility dropped quickly.

But today, was about camaraderie and enjoying our last birding outing together with hopefully a few good birds thrown in the mix. No mega's but a little excitement for sure.

As my time in Kuwait winds down, everything is starting to become a little surreal.....

Posted by Birding Kuwait at 17:38 No comments:

Well this morning the weather was vastly improved over last week when I arrived just before sunrise, which is also getting later each week. Met up with the regular gang, John, Jules and Christian as the day slowly dawned.

I headed to the marsh and the dried Sabkha Bushes which are perfect for early morning photography. The usual Daurian Shrikes are present, but not entirely sure if they are all the same birds from last week. 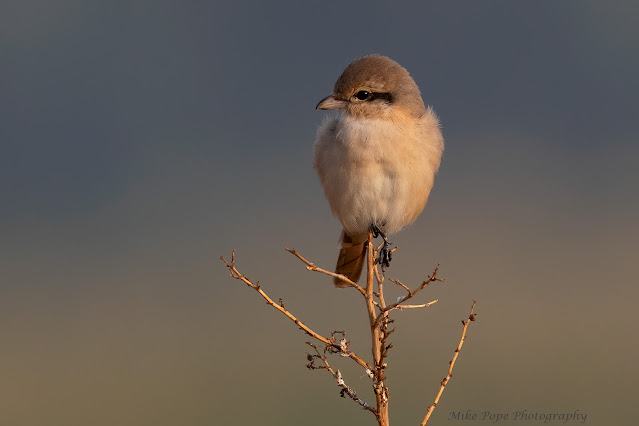 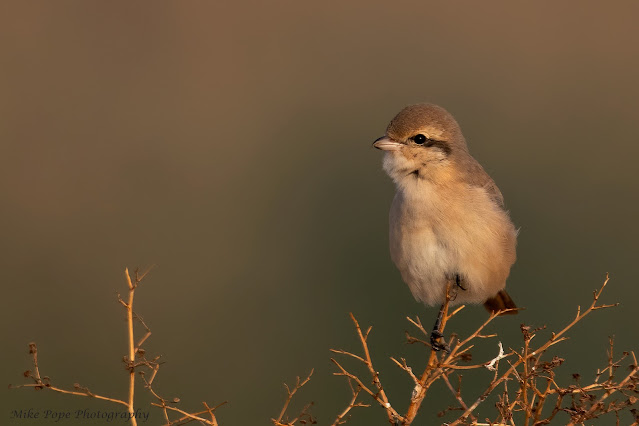 While photographing the Shrikes, a Red-spotted Bluethroat popped up a little further away 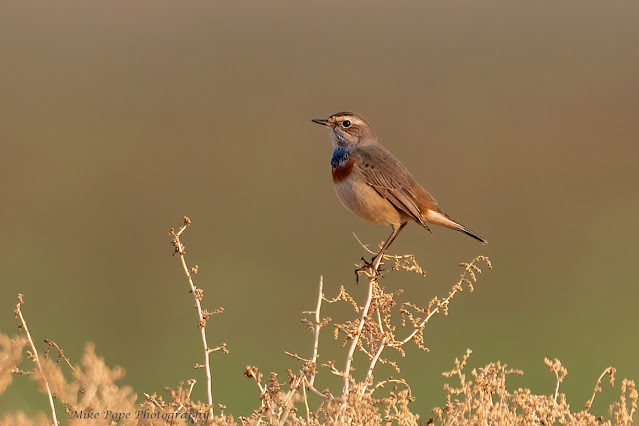 I then headed to the marsh and was lucky to encounter a Spotted Crake foraging around the reed fringes. It seems these may over winter

Numbers of Common Snipe (still no Pin-tailed, but I am trying!) 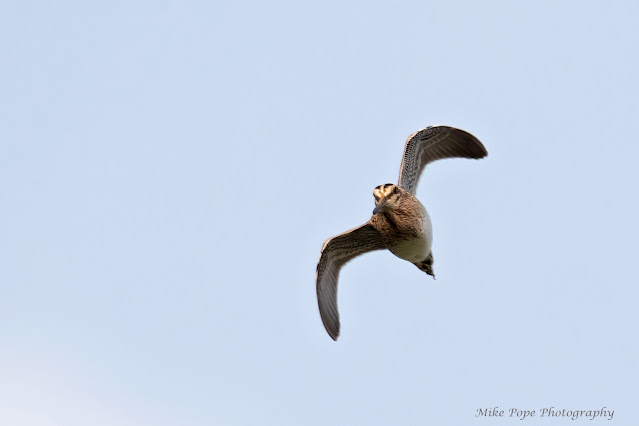 The small flock of Glossy Ibis are still present

as are some Mallard

and a lone Little Egret

I found a few more Bluethroat 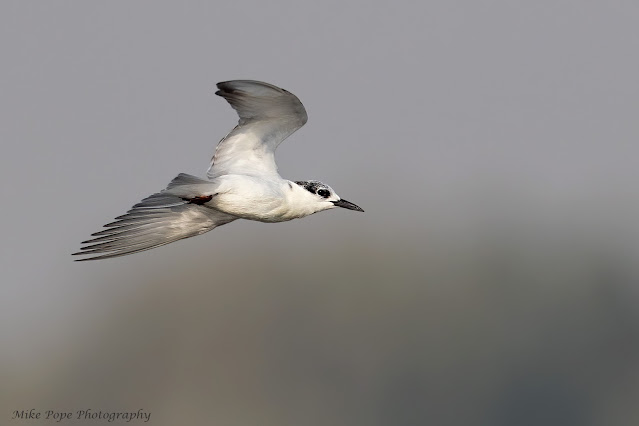 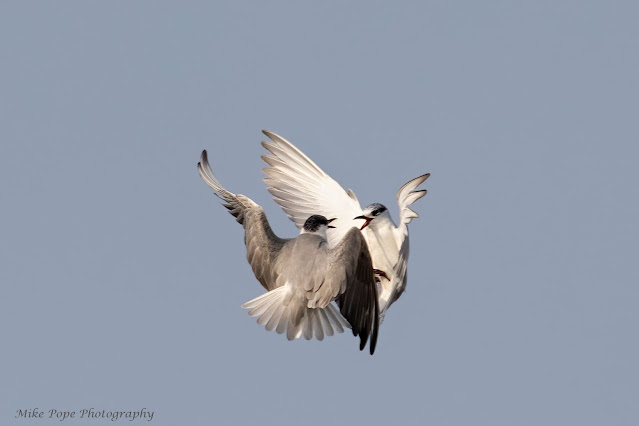 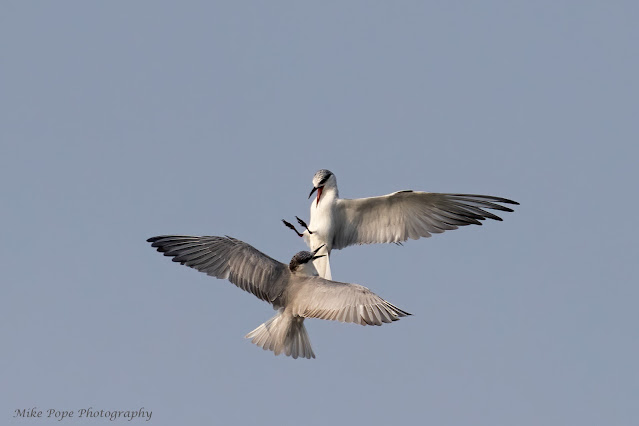 and overhead, there were Black-eared Kite

the usual Marsh Harriers - both male and female this time

and a Pallid Harrier 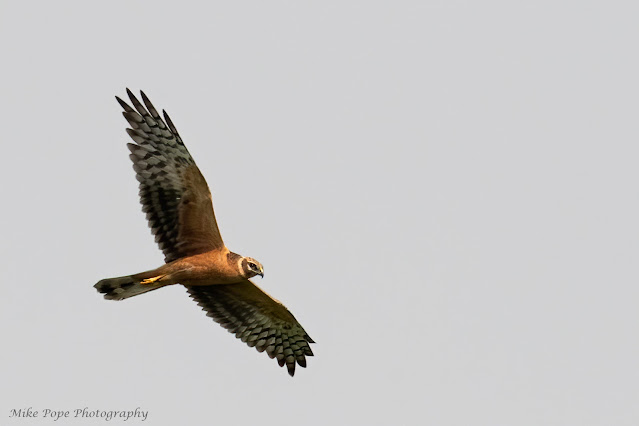 There were White-tailed Lapwing's together with the Stilts in the marsh and as I was about to get into the car to explore the farm, a flock of 5 Spur-winged Lapwing's suddenly arrived. I had Red-wattled earlier on arrival, so only two more to go, for a full house of Lapwing's

Driving around the farm, I went in search of the Northern Lapwing which were easily found, as there numbers seem to increase each week.

It took some time, but I eventually located the Sociable's which completed my clean sweep of Lapwing's 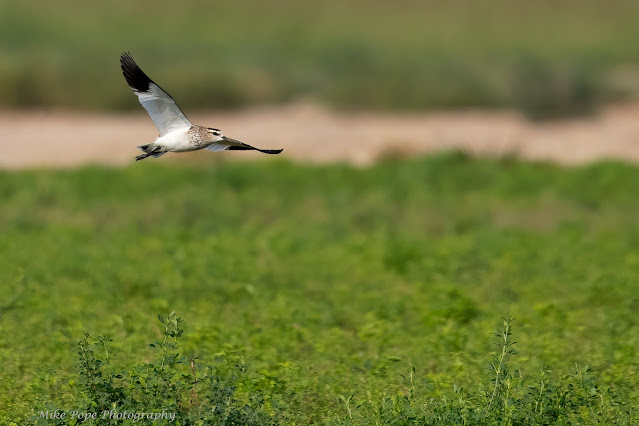 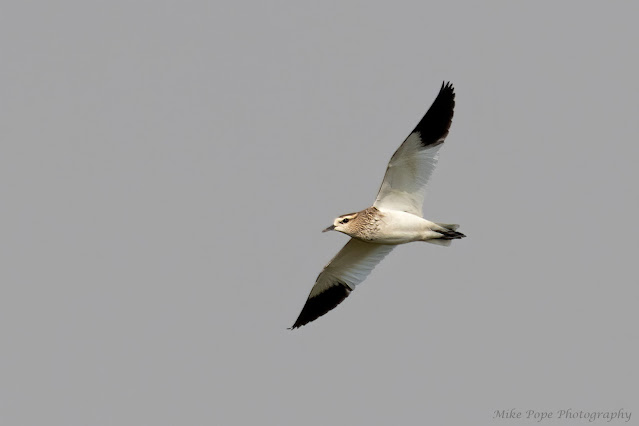 Along with the Northern Lapwing, the Starling numbers have increased exponentially 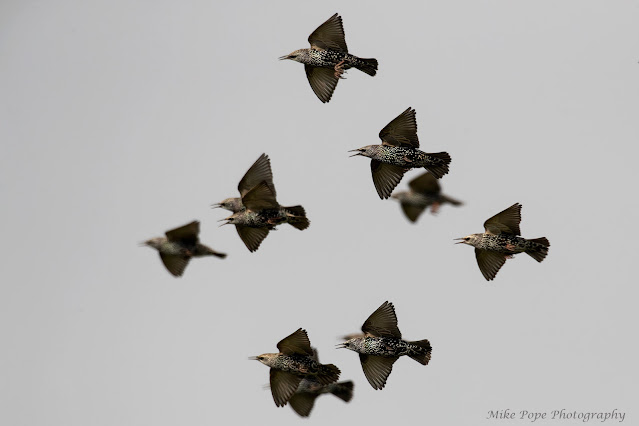 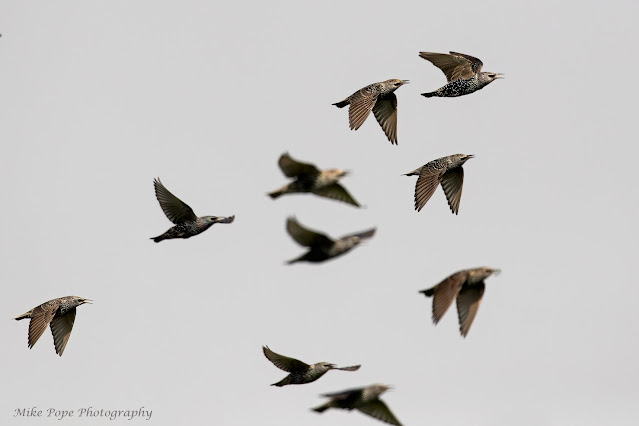 I found two Richard's Pipit, but they were bombed by a Tawny and disappeared into one of the fields. However, this Tawny Pipit remained and seemed reluctant to run away, so I got a picture and left it in peace

Meadow Pipit's have been more frequently seen - but are generally quite skittish. But, this time of year we also expecting to find a Buff-bellied

There were good numbers of Stonechat; here a European 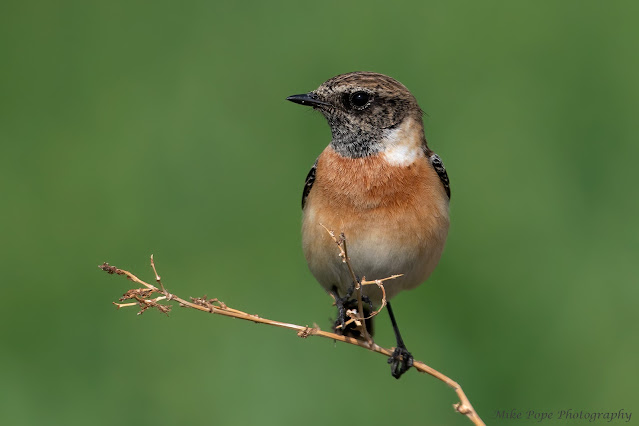 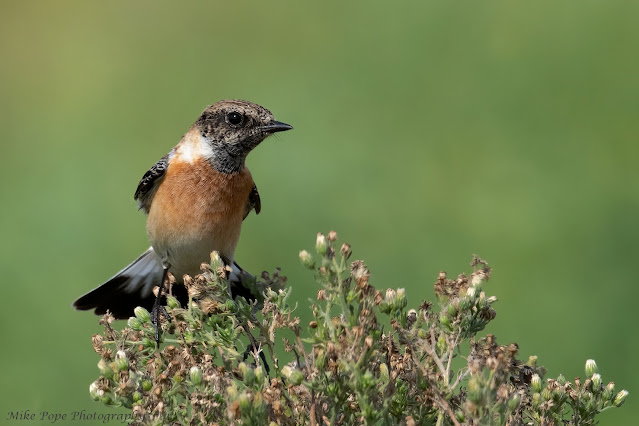 Along the boundary fence, a distant Steppe Grey

All 3 big brown Eagles were seen, but I only managed to get decent images of the Imperial 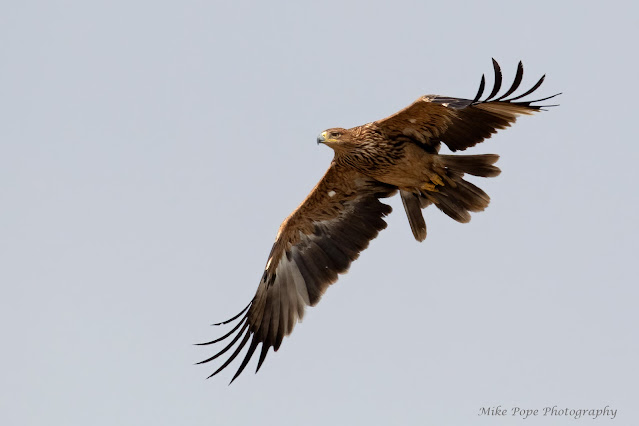 So, overall a really good morning with 62 species seen at this location, which is an excellent count for winter.

Posted by Birding Kuwait at 17:11 No comments: