In this final installment, a few of the other more obvious Warblers and other species that were observed in the morning session are shown below.

Similar in size to the small Acro's, I had a single Upchers Warbler that was seen almost alongside the Basra as it came down to drink and have a early morning bath. In the gloom of the reeds and out of direct sunshine, it appeared very cold in colour and almost grey reminiscent of a 1st year bird. 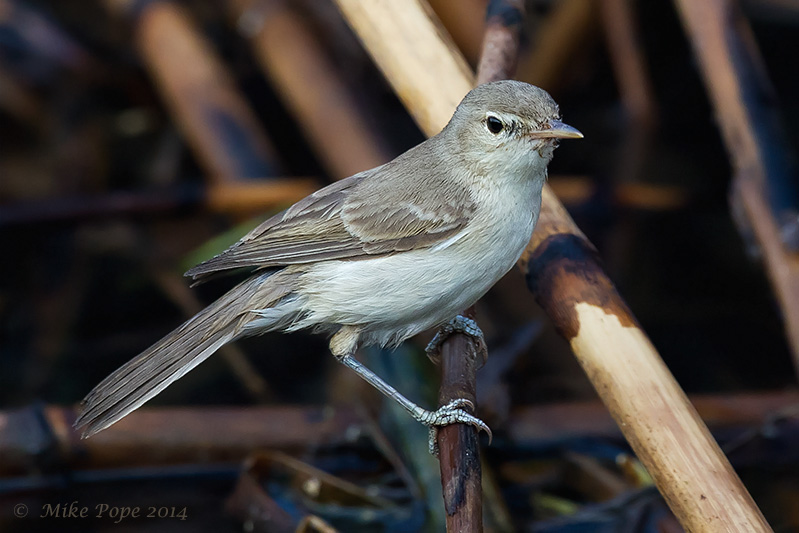 A little later, I saw some movement near the base of the reeds some distance away and got onto a pretty dark Warbler that appeared to be skulking through the reeds - certainly not as active and buoyant as the smaller Reed Warblers. I initially thought this could be River, but it was a Savi's Warbler. However, I had not seen such a dark form before and Peter agrees with me that this 1st year bird could be fusca - but this is not 100% confirmed.


The last Warbler species to make an appearance was an equally active and quite distinctive Sedge Warbler. We also have Moustached, but these tend to be a little more discreet and skulking. The fresh plumage of the Sedge suggests another 1st year bird, as adults only moult in winter.


During the course of the morning, a number of other species were seen - even though the focus was on the Warblers and trying to re-locate the Paddyfield. There was a Common Sandpiper sat quietly on the dead reed mat in the outfall

Numbers of Western (Blue-headed) Yellow Wagtails - at this time of year, they are difficult to pin down to race

Lastly, an adult Red-backed Shrike in the early morning light

and later a 1st year Masked Shrike to round off a satisfying and challenging morning and a little frustrating by not picking up the Paddyfield I had hoped to find.

And so the Warblers continued to show themselves for a few hours after sunrise, whilst I continued to 'leak' profusely in the unusually humid conditions.

This post continues with 'Acro' Warblers, but the smaller and quite often (at least at this time of the year) the more challenging to ID.

We have the nominate Eurasian Reed Warbler (Acrocephalus scirpaceus) as well as the race Caspian Reed Warbler (Acrocephalus scirpaceus fuscus) together with Marsh Warbler ((Acrocephalus palustris). According to Peter Kennerley, at this time of year it is very difficult to separate the nominate Eurasian from Caspian as they are not as warmly toned as European birds although the location of Kuwait would suggest fuscus. Also, you have to consider that the effects of light, camera settings and even processing can subtly affect colour - so to be 'safe' it is better to leave them as Eurasian Reed. But, to be really sure, the best way to identify is netting and measuring the different species.

The images taken of these two species are all young (1st year) birds, so appear brighter/warmer than they would by the time they reach their African wintering grounds. Bear in mind again that light conditions affect the colour tones and differences are subtle. So, even with the luxury of time and using static images, identification is not so straight forward; as you can see for yourself below.

The Eurasian Reed is an Old World Warbler that breeds across Europe into temperate western Asia, as well as Kuwait. It is migratory and winters in sub-Saharan Africa. It is a monogamous species found almost exclusively in reed beds. It is similar in appearance to the Great Reed Warbler, but is obviously much smaller with a long slimmer bill and with a less prominent supercilium.


The Marsh Warbler (Acrocephalus palustris) is also an Old World Warbler with the similar breeding distribution as Eurasian Reed, but Marsh winters in south east Africa in dry well-vegetated areas. It is an excellent mimic and is notable for incorporating striking imitations of a wide variety of other birds into its song (31 European and 45 African species have been recorded in its repertoire). It is insectivorous and can easily be confused with several close relatives such as Eurasian Reed. However, the Marsh tends to avoid the stands of pure reed habitat, which are the Eurasian Reeds favoured habitat. Marsh is generally more olive green-brown in colour and so appears 'colder' in colour than Eurasian. Marsh in these images shows a substantial primary projection and a slightly more robust bill structure.


Posted by Birding Kuwait at 20:39 No comments:

With Warblers all around the reedbeds, it was sometimes difficult to keep track of which species you are photographing. Even more so, once you had to sort and name them after downloading the images at home.

The first post was going to be titled "All fogged up sweating for Paddy", as I had originally come to JEO to try and pick up the 3rd Paddyfield Warbler that had been recorded at this site a few days earlier.

There was not much air movement today and humidity was unusually high by Kuwait standards - so it took some time for the fog to 'dry' off my lens and it also didn't take long before I was literally soaked through just sitting in my car with the engine switched off.

So, the Great Read Warbler (Acrocephalus arundinaceus) is the largest of the European Warblers and is one of 3 Acro species that occur in Kuwait which are Great Reed, Indian Reed and Basra Reed.

Great Reed used to be included with Old World Warblers, but was since moved to the Marsh and Tree Warbler family.

It is most easily (you would think) identified by it's long and heavy bill, well defined supercilium and relatively long tail. Males and females are very similar looking (I cant tell them apart) and it has a pretty harsh and guttural song.

They breed throughout mainland Europe and Asia, as well as Kuwait where these birds were photographed and then migrate to sub-Saharan Africa in the winter and are found in my hometown of Johannesburg in South Africa in our summer months.

They favour reed beds as their habitat during their breeding months, so both Jahra East Outfall and Jahra Pools Reserve with their extensive phragmite reedbeds are ideal sites.

Thanks again to Peter Kennerley who provided some insight into aging these birds and also pointing out that Great Reed shows 8 primaries beyond the outermost secondary. So, the longest primary is P3 and P1 (outermost) is very short and P2 falls below the longest primary so is hidden in most of my images. The long primary projection also eliminates Indian Reed Warbler.

The image below shows a juvenile/first winter bird that shows fresh plumage and it also has a dark iris.

Birds with worn primaries and tail in late summer/autumn are adults. The iris colour also helps, becoming paler when 1+ year old. There are slight variations in bill thickness as can be seen in one of the images, but none match that of Basra Reed.


Posted by Birding Kuwait at 21:19 No comments:

Summer breeding is over for the Warblers of JEO and if you are a Warbler fan, August is the month to visit Kuwait and work your way through the confusing array of 1st-year youngsters and moulting (worn) adults - it truly is a challenge!

In this first part, I will feature an 'Acro' that Kuwait should be truly proud of and conserve as vigorously as possible; the Endangered Basra Reed Warbler (Acrocephalus griseldis). A Warbler that is named after Basra, the capital city of Basra Province in Iraq (only 125km away from Jahra East as the Crow sorry Warbler flies).

It is a Warbler of the genus Acrocephalus and is listed as Endangered on the current IUCN Red List of Threatened Species as it has a small population (between 1,500 - 7,000 mature individuals) which is estimated to be undergoing very rapid and continuing decline due to extensive and recently accelerating drainage of it's prime breeding habitat. This is a species that is one of the key indicators of wetland health.

The primary breeding ground is the Mesopotamian Marshes of south-east Iraq and probably in south-west Iran in the Hawr Al Hawizeh marsh complex of Khuzestan. In 2007 two pairs were confirmed breeding in the Hula Valley in Israel and in 2009 Basra Reed I photographed a juvenile bird which confirmed breeding in Kuwait at JEO (although it was suspected that they were breeding previously, it was never confirmed).

Now, on today's visit in 2014 I again photographed at least one 1st year (juvenile) bird which suggests that Basra in all likelihood, bred again at JEO which is fantastic news for local birders and Kuwait. To be absolutely conclusive, we would really need to find a nest in breeding season, but the habitat is very dense, the breeding birds very shy and secretive; so it will be a difficult task. In my opinion, it is not worth the risk of disturbing this endangered species whilst they are breeding - we want to encourage them to stay, not scare them off

This means with the continued loss of habitat in the Basra marshes, Kuwait could become a key secondary breeding location for this Endangered species, which means that that it is important that this site and habitat is preserved and protected all year round.

Basra Reed Warblers are migrants and after breeding are seen on passage in both Kuwait and Saudi Arabia as they head south to Africa and countries like Sudan, south Sudan, Ethiopia, south Somalia, south-east Kenya, east Tanzania, south Malawi and Mozambique for the African summer.

Kuwait has a unique opportunity to really make an impact on the long term survival of this species and all it will take is the conservation and protection of the known breeding habitat of this species. From what I hear, plans are afoot to do just this and that truly will be a big step in the right direction for the species future and for conservation initiatives in Kuwait.

As mentioned, there was a smorgasbord of Warblers on offer this morning, but these images of Basra Reed (1st year birds in fresh plumage as well as moulting adults) all show long primary projections and relatively long and slim bills and trust me, among some of the other Acro's this wasn't always obvious - especially since they are not stationary for long in dense habitat! At this point I would like to thank Peter Kennerley who double checked my ID's and helped with the aging 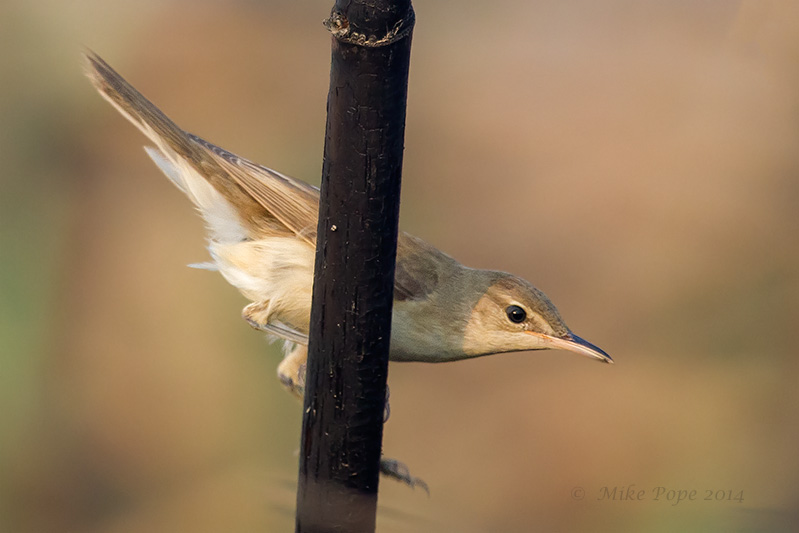 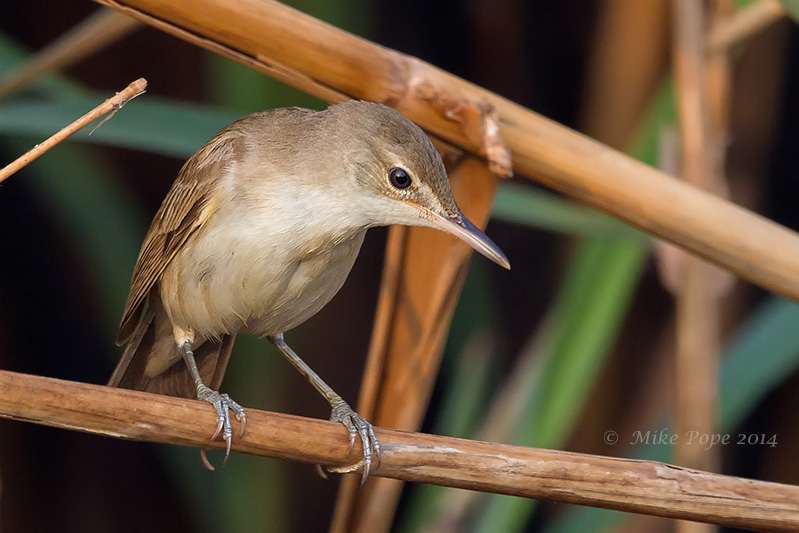 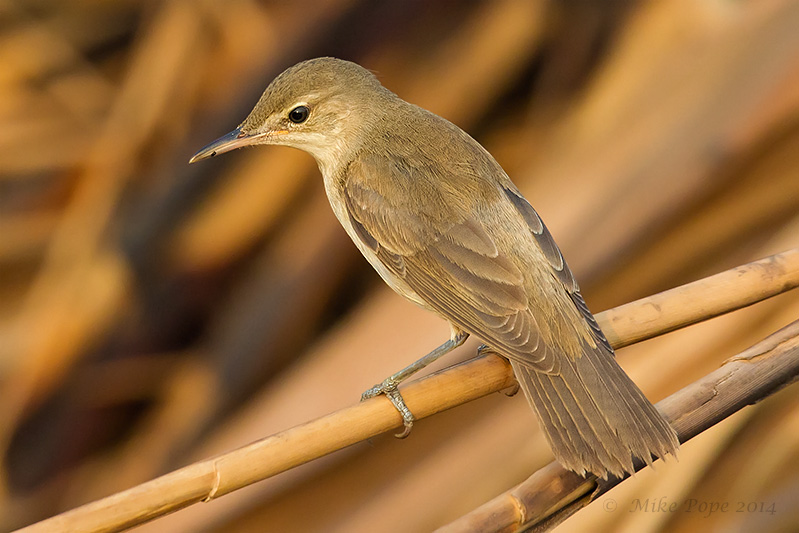 These images are of a worn (moulting) adult - probably post breeding 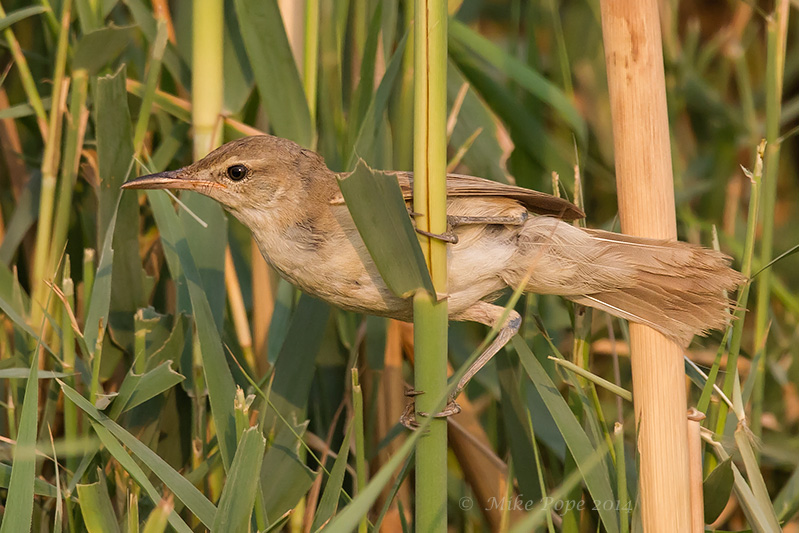 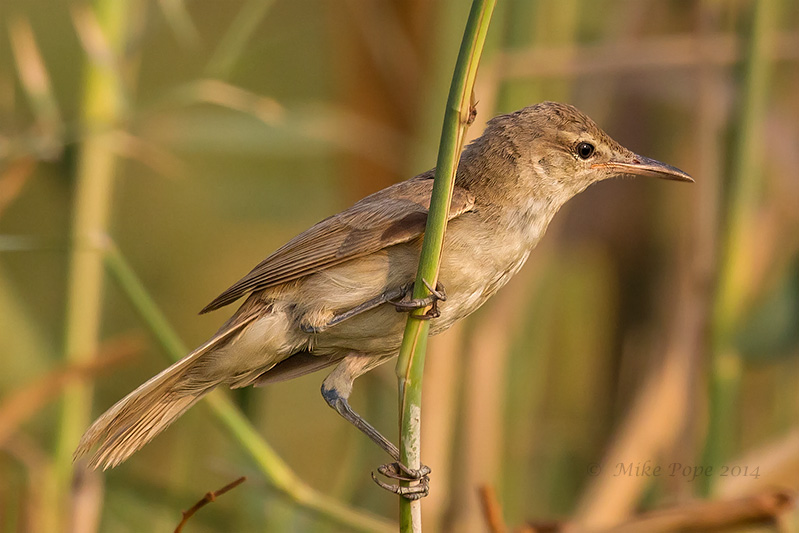