Spring migration is certainly starting to step up a gear with migrants starting to arrive in numbers in northern Kuwait. I had great expectations for my visit to Sea City, but halfway down the 30 the traffic literally ground to a snails pace as we hit a thick bank of sea fog that lasted all the way to Khiran and only lifted by 8:30am

I checked out each of the islands and was a little disappointed at the lack of numbers, but did get a find a Chiffchaff that appeared to be darker than what I have been used to seeing. Birds of the Middle East refers to brevirostris the breeding form from Turkey which is brown-tinged above (especially crown) and on breast sides and has off-white undertail coverts. I would be interested to hear opinions of those who may be more familiar with this ssp. 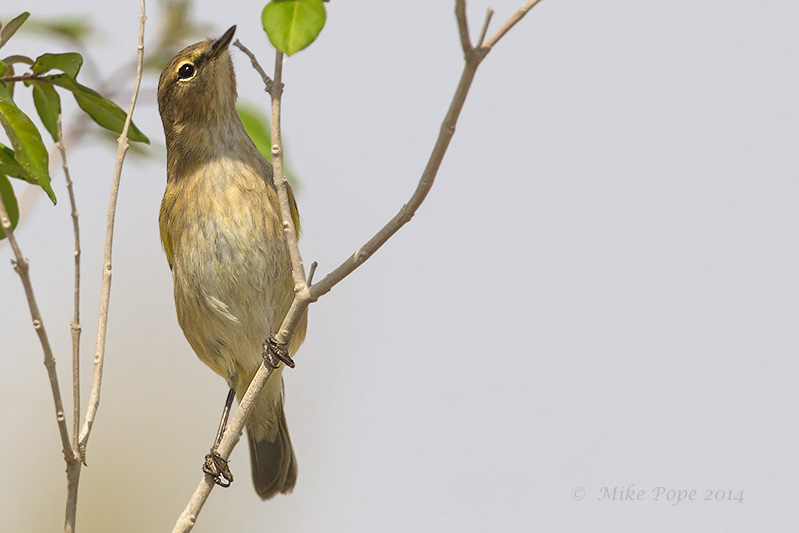 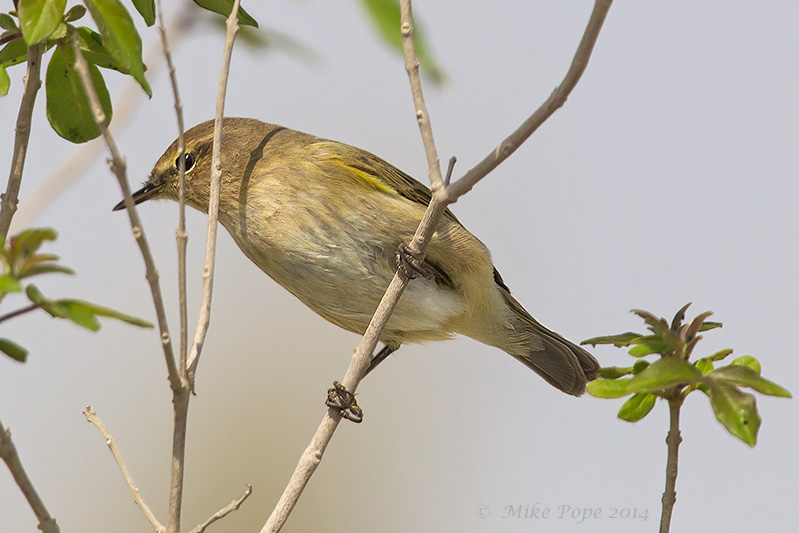 Feeding closer to the ground and very seldom coming out of cover was a male Menetries Warbler that tried my patience, but I was able to get one image through the foliage.


Another treat was a White-throated Bluethroat, only my second sighting of this ssp - again patience and stealth was required to get both images. The first against the light, but thanks to RAW I was able to recover the image. 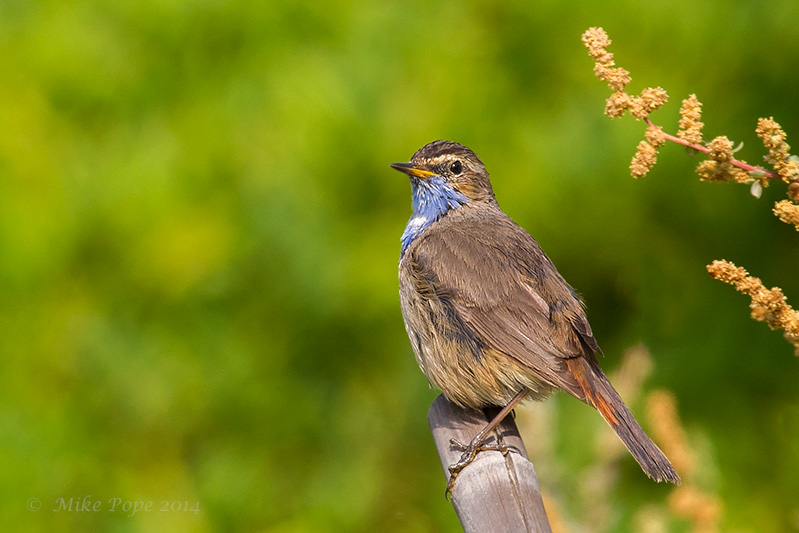 I found a Moth sp that flew like a Skipper butterflies, but then would dart inside the cover and close their wings like a regular moth. Thanks to Ben Porter for suggesting is is probably an Eastern Bordered Straw

The Nowair flower show is now fading away as are many of the visiting winter birds, but nature has a way of compensating it's beauty with something else.

I had the opportunity to spend a few hours at the Al Abraq oasis farm and welcomed the arrival of some birds with colour. As the Blog post intimates, it was the Black-headed Wagtails that really stood out in with their black caps and bright yellow plumage.

Thanks to Yoav and Neil pointing out my id error with these two male Stonechat's. What was interesting with the sighting was that males birds outnumbered the females.

After looking at some of the other images I took (clearly showing the unstreaked rump on both and so ruling out European), the first is most likely Caspian (North Caspian)

and the second with more rufous flanks than the first, but more obvious white on the sides of the tail, Byzantine (South Caspian?)


There were a few lingering winter visitors like Common Chiffchaff


as are the few Water Pipits that are still left...


Posted by Birding Kuwait at 23:31 No comments:

Winter is slowly receeding as the days start lengthening. Down at Sea City in the south, the morning coolness was exaggerated by the wind chill created by the twin 200hp motors of our boat. There is a sense of change in the air, wintering Great Cormorants are now looking like distinguished gentlemen in their breeding plumage as they prepare to head north.


The Great Black-headed Gulls which arrive late in the Kuwait winter are transitioning to breeding plumage..


Whilst some are already ready for courtship


Grey Herons are more abundant around the project


as are Western Reef Herons


and a Caspian Tern was seen roosting on one of the pristine beaches (well one that was recently cleaned!)


It was low tide, so we ventured off-shore and headed north up the coast toward Mina Al Zour where there are some exposed sand banks on the low-tide.


I now know why birds are thin on the lagoons on low tide, as the sand banks were literally covered in birds - Cormorants, Gulls and Terns. I estimated that there were close to 2,000 birds in the mixed flock.

I counted 37 Great Black-headed Gulls, certainly the most I had ever encountered in my time in Kuwait


Another unexpected species this early in the season was a flock of over 40 Lesser Crested Terns, together with many Sandwich Terns. We normally only get this species closer to summer when they come to breed on the off-shore islands.


Inside the project, I found a Squacco Heron successfully hunting - excuse the trash, but the wind had blown some of the building waste into the trench, which the Heron used to its advantage.


A few Cistanche lutea had sprung up around the project


In some of the rocky areas, I found a male and female Blue Rock Thrush, finally a welcome splash of colour.

The number of Isabelline Wheatears has also increased quite dramatically.


A few Pied Wheatears had also now arrived, but were a little more elusive.


Heading south of Khiran down the coast, there are still areas with carpets of yellow (Senecio desfontainei) and it really is enjoyable to see.


On the coast, I found a large flock of mixed shorebirds - predominantly Lesser and Greater Sand Plovers


But also numbers of Eurasian Curlew