We had our first winter rain this week which was very welcome, it seemed to clear the suspended dust and other impurities in the sky and minimises dust on the ground when driving in the desert - at least for a few days. There was some light rain in the early morning before arriving at the farm and it was overcast till almost 8am before the sun finally made an appearance. I headed to the marsh, stopping for this 1st year Turkestan Shrike that was taking advantage of the Grasshoppers and Dragonflies that were rendered lethargic in the coolness of the early morning, to get a quick breakfast. There was no sun at all, so had to crank up the ISO to get a decent image 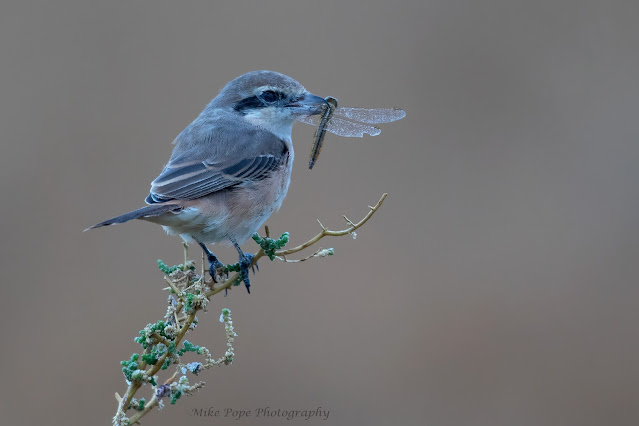 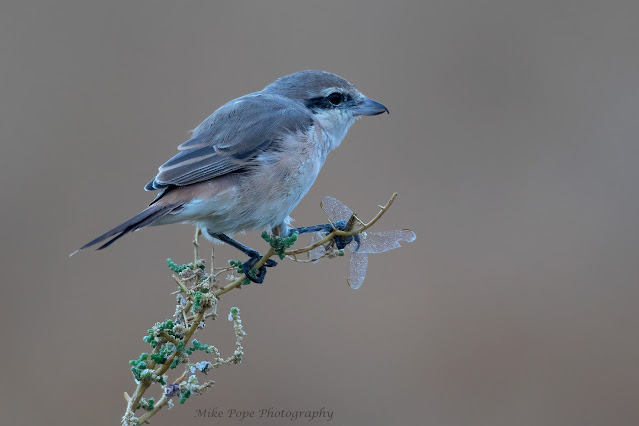 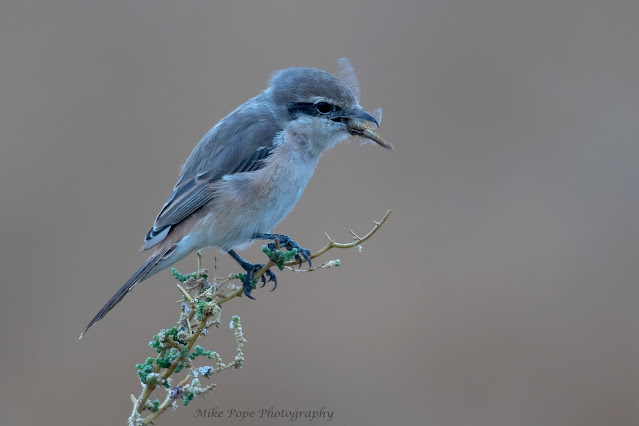 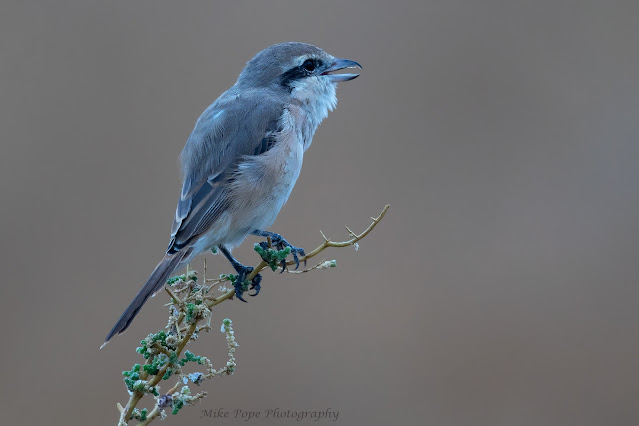 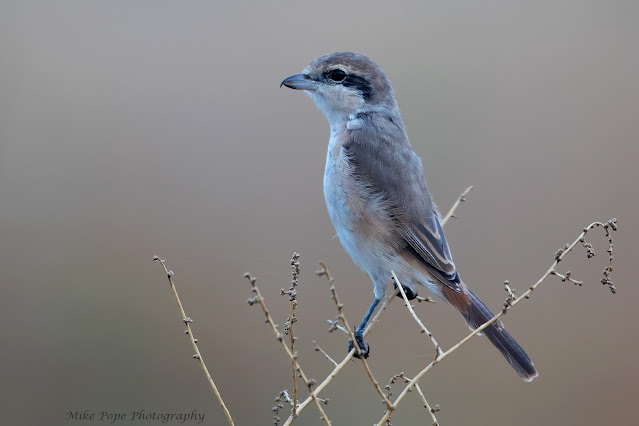 Like last week, a few of us (John, Jules and Christian) met near the marsh and waited for the light to improve. I noticed a Crested Honey Buzzard flying slowly across the distant field - hardly a worthy record shot..

There wasn't too much happening at the marsh and the water level had also increased with the rain, so I headed off for a drive. A Sparrowhawk darted out from the Tamarix Tree's

Slowly the sun broke through the breaking clouds giving short periods of sunshine. On the overhead line, I had a small flock of Corn Bunting

Not much further on, a Daurian Shrike in soft winter light

Followed by a Steppe Grey Shrike, still puffed up from the coolness of the morning

I found a pair of European Stonechat's that were obliging

and in the same area, a Graceful Prinia allowing me to capture one of the best images I have of this species 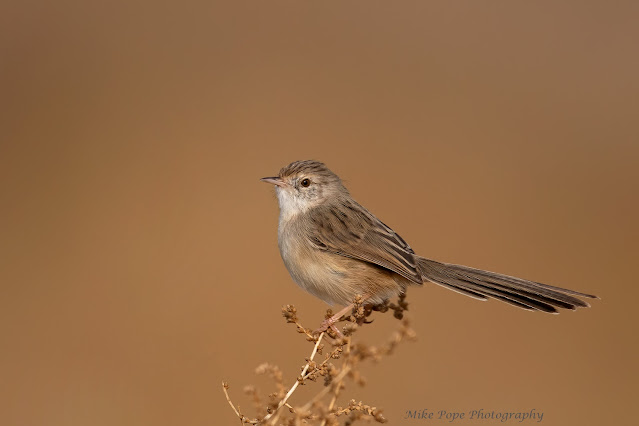 It then clouded over again as I went in search of the Sociable Lapwing's  or a Golden Plover - no luck, but I did manage to get a few Skylark's as they took off from the field 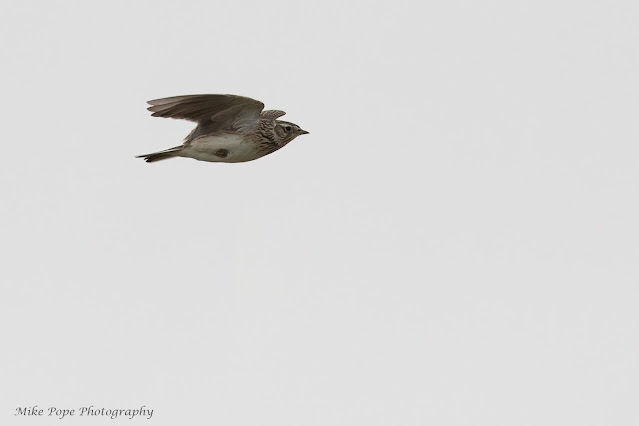 And a female Desert Wheatear, posing nicely on a raised mound

It didn't seem the sun was going to make an appearance for some time, so I called it a morning. I thought it was a relatively quiet morning, but when I submitted my eBird list, I had racked up 50 species at the farm which was pretty impressive for early winter.