In comparison to last year, this spring migration has been low in both abundance and diversity with no plausible explanation; but perhaps the hazards of migration (increased trapping and killing/shooting together with the other natural hazards) are now starting to manifest with less birds being seen during migration. Only next year will we be able to confirm if this is indeed the case, when we can look back and compare stats.

Nevertheless, I was on site just after sunrise and enjoyed watching a few Squacco Herons that were still roosting in the reed bed.

A single Ortolan Bunting dropped in for a drink, but didn't stay long. I had a glimmer of hope that it might be something else, as typically this species is part of a larger flock - but not so today!


Like the last 3 visits to the south, I was rewarded with good views of Desert Finch - perhaps they may be preparing to breed, as I have recorded them in the same tree on a number of occasions 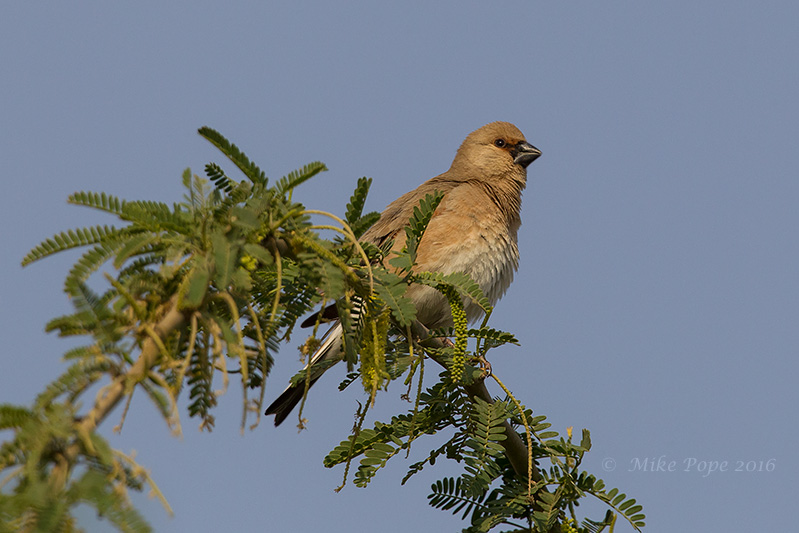 As was a male Semi-collared Flycatcher

However, a real surprise was a Song Thrush, which is typically a wintering species in Kuwait - so this guy has stayed on to enjoy the warmer weather. It is these surprises that keep birding interesting, as everytime you are out you see or discover something new about birds - just fantastic!

The Bottlebrush shrubs have come into flower and the Lesser Whitethroat's

Woodchat Shrikes were still present, this one with a 'kill' nearby

But have now been joined by Turkestan Shrikes


And a fleeting glimpse of a Masked Shrike

The only raptor seen today was a Eurasian Sparrowhawk that passed by overhead in a flash of an eye - this a record 'grab' shot..