Markus Craig and I headed back to Al Abraq following last weeks superb vagrant and rarity birding. It was a very pleasant winter morning with temps starting off around 12 degrees and warming up as the morning progressed. We also wanted to check if the Eversmann's and Goldcrests were still around, but had no luck with either of these species.

However, the Western Black Redstart


We had brief views of a female Hypocolius and also flushed a female Eurasian Sparrowhawk that was a little obliging, but not quite out in the open, which is typical of this species. 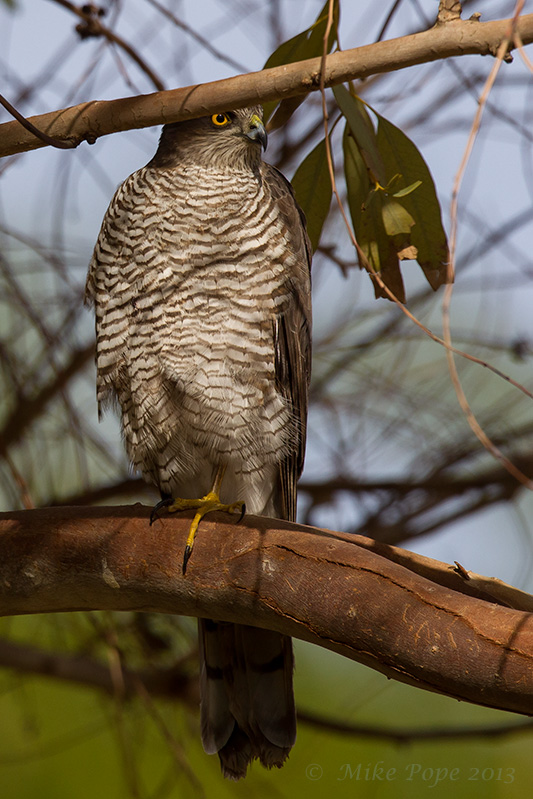 Surprisingly we had two Purple Herons fly over the farm, which is a pretty late record for this species.


After walking extensively around the farm, we opted to drive to the small alfalfa fields where we found numbers of Wagtails and Pipits. There were a few Water Pipits foraging with White Wagtails


But also quite a large number of Meadow Pipits, most of these were adults with the grey/olive upperparts and a lot of rufous on the flanks. 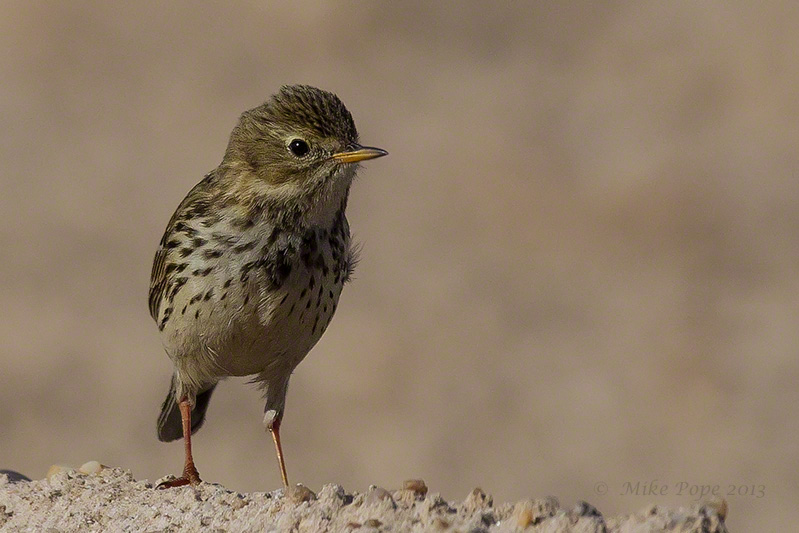 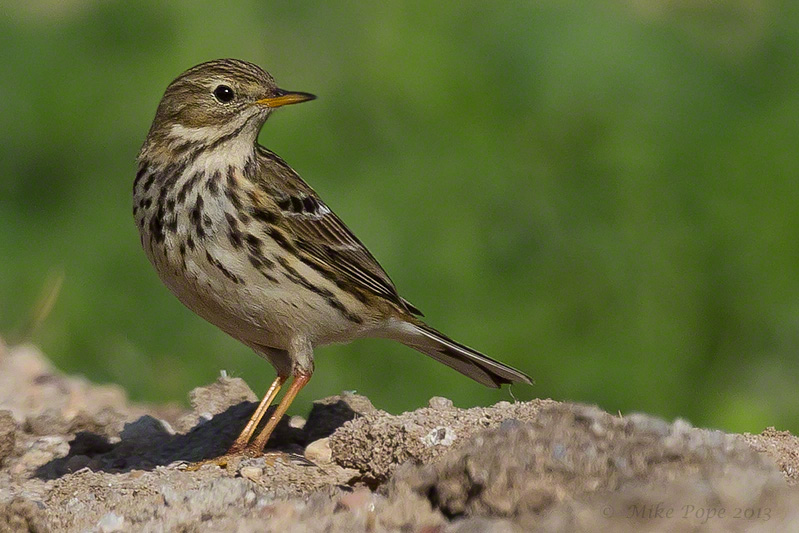 Earlier in the week, Rashed had found Common Chaffinch and this morning we found both a male and female bird - a new tick for me for Kuwait. The female was certainly the more obliging of the two.

Driving slowly along one of the alfalfa fields a small pale bird flew up from the ground, my initial impression was a female Stonechat, but fortunately it landed and I was able to get my bins on it - the streaked crown and bill shape immediately confirmed to me that it was a Cisticola. There is only one Cisticola species that has been recorded previously in Kuwait - Zitting Cisticola! Markus also got his bins onto the bird and concurred the id with me, another new tick for the morning. According to the KORC records, this is only the 6th record with the last confirmed record from March 1990, 23-years ago!

I managed to grab a few images before we left the area to minimise disturbance to the bird. As far as I am aware, these are probably the first photographs of this species for Kuwait, so I was pretty happy. We then let the other birders know of the sighting, as most had not seen this species in Kuwait. 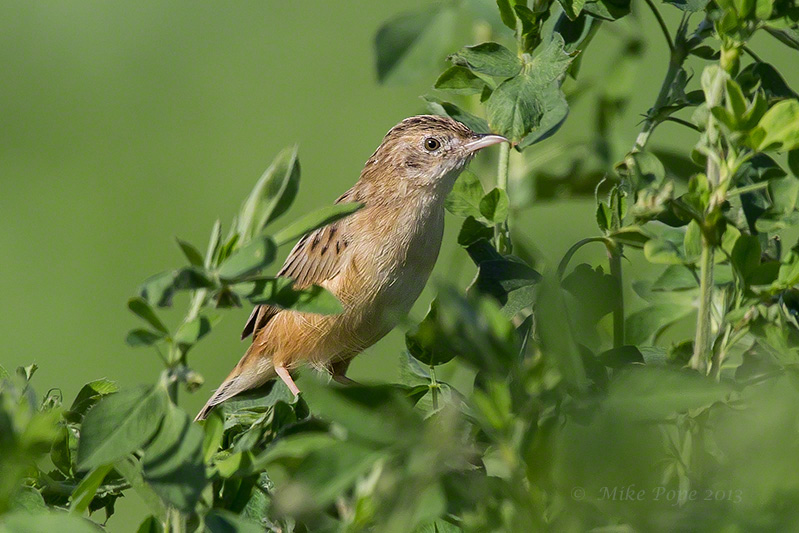 Once some of the birders arrived and we could show them the location, Markus and I left and headed back home. On the way to Al Abraq, I had seen where the Rubbish Tip was located, so we made a stop to check it out. There were two Greater Spotted Eagles, a single Eastern Imperial Eagle (my first for this year) and over 30 Black Kites, perhaps a wintering flock?

According to the article, separation of adult Black-eared Kites from Black Kites is not difficult, but care needs to be taken as there can be a great deal of overlap in characters brought about by hybridisation between the two forms.

Black-eared Kites from the western part of the population are migratory and winter in southern Asia as far west as Iran and Iraq. However the true winter range of Black-eared Kites is poorly known.

Black-eared Kites are the largest form of Palearctic Black Kites, the wings are broad and display six deeply splayed 'fingers' creating a broad and squarish, almost Eagle-like wingtip. These primary 'fingers' are relatively longer than any other form of Black Kite. In Western Black Kite the sixth primary 'finger' is is about half or less than half the length of the sixth 'finger' - this is more indicative (and by no means diagnostic), but does demonstrate that Black-eared Kite has comparatively longer primary fingers, including the sixth 'finger'.

With juvenile birds, both look similar and only typical juvenile Black-eared's can be identified using a combination of characteristics: typical primary structure, underwing primary pattern and extensively pale rear underbody.

I took a few images of a few different birds and will be interested in opinions on whether the first two images are considered 'typical' juvenile Black-eared Kites? 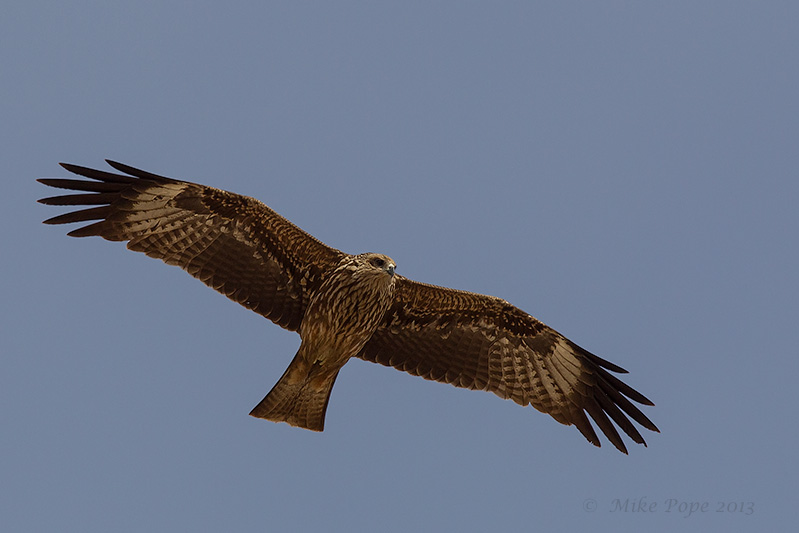 These other two were part of the same flock, but may be Western Black Kites?