At the end of June I was down at Sea City and this was one of the least productive visits in terms of birds, as is expected at this time of year.

As expected at this time of year, Socotra Cormorants were roosting on the off-shore buoys along with a few Terns.

As there was not much else about, we took the boat to a small patch reef and after waiting for 20-minutes were rewarded with sightings of at least 4 large Hawksbill Turtles, the lens I had on was not ideal to show the size of the Turtle. These Turtles breed in Kuwait during the summer on the southern beaches and some of the off-shore islands. 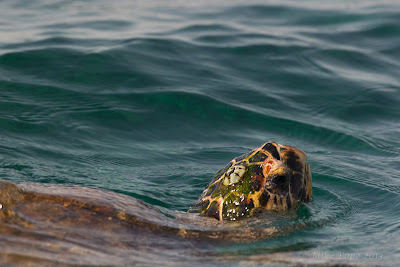 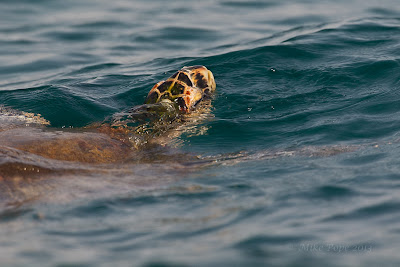 The image below was taken by my friend Anand, a few days after my visit and is obviously the best way to observe a Turtle.