The Terns of Kubbar Island

Last month I visited Kubbar Island with a group of friends. Kubbar is famous for it's large summer colonies of breeding Terns and fortunately this visit coincided with this amazing spectacle.

The small group of tiny islets to the south of Kuwait are subtropical coral cays and are surrounded by beautiful azure waters. Kubbar Island is one of this small group of coral islets with associated reefs but is the most significant island in terms of breeding seabirds.

It is a small (18ha) sandy island that has salt-tolerant bushes around most of the perimeter. Other areas are dominated by Seidlitzia annuals and there also are big patches of bare ground. Beaches are mainly sandy (sadly, more often covered with litter) and some rocky stretches.

Access to the island is open to all and sadly there is no real protection or conservation efforts for the birds during this important and short breeding season in the harshest months of the year, in terms of temperature. Fortunately, there are no natural predators for the eggs and young during this time. However, the majority of mortalities and fatalities are a direct result of the human disturbance and the authorities really need to do more to provide guidance to these recreational visitors to respect and avoid disturbing the breeding birds at this critical time - if that can happen, then all can co-exist and enjoy this small piece of paradise in the Arabian Gulf.

4 species of Tern breed on this small island and each have their own specific habitat requirements for their breeding and nesting.

The Bridled Terns are found around the perimeter of the island and exclusively use the salt-tolerant bushes, where they lay their eggs near the stem under the bush. I estimated that there were about 250 pairs of Bridled Terns.

The White-cheeked Terns build their nests in a more elevated area than the Bridled Terns and these scrapes are either found either on the bare ground or in areas where there is some patchy grass cover, but all with no shelter at all from the brutal summer sun. I estimated around 150 pairs of White-cheeked Terns.

The location below gives an idea of where the White-cheeked Terns breed.

I sat quietly on the ground (it was difficult to be unobtrusive) and waited for the adults to come in and feed some of the young. What was interesting with the interaction below, is that one of the adults (I assume it is the male) came in with a fish and then landed at the nest with 2 chicks and started calling loudly. The other half (female?) of the pair then flew in, landed and gently took the fish from the male before feeding it to the chick. During the feeding, it appeared to guide the chick in swallowing the small fish whole. 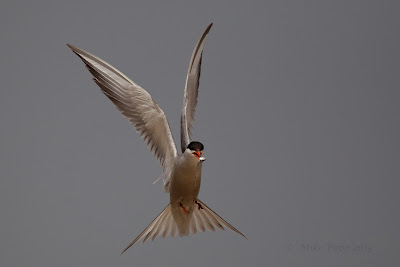 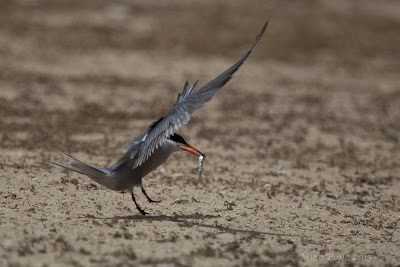 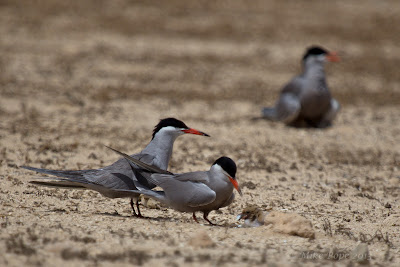 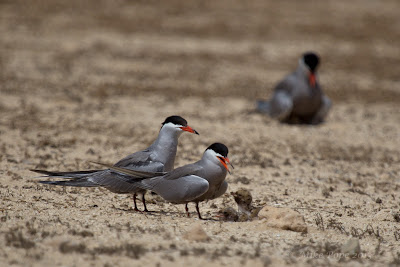 Once the chicks are old enough, they make their way down to the beach where the breeze coming off the water provides some respite from the heat and the parents continue feeding the chicks on the beach. 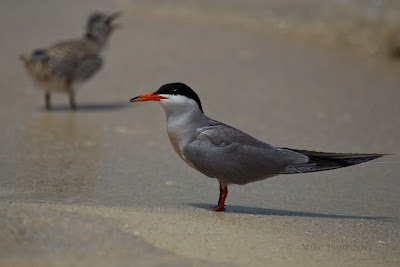 The Lesser Crested and Swift Terns have a large communal nesting area on bare ground near the western side of the Island.

In previous years, the small numbers (3 pairs) of Swift Terns were part of the Lesser Crested colony, but this year their numbers had increased almost 10-fold so that they had the numbers for their own small colony in close proximity  to the Lesser Crested.

The Lesser Crested Terns had two distinct communal colonies, probably due to the area available and this was a noisy gregarious place, but they really are the coolest of the 4 Tern species in my opinion. I estimated around 900-pairs of Lesser Crested. 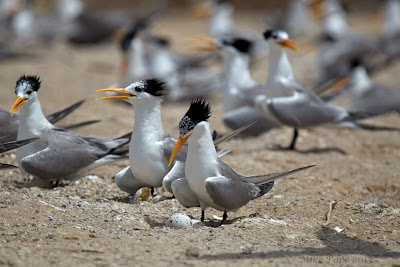 When the young are old enough they move down to the beach as part of a communal nursery and it was hard to work out whether the adults were feeding their own young or just any hungry open mouth each time they came in with a fish. 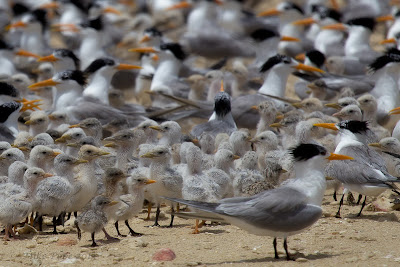 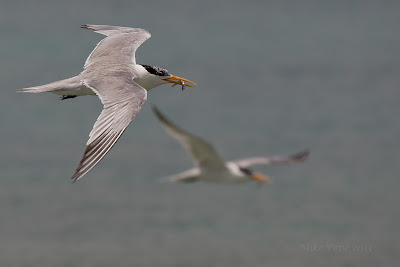 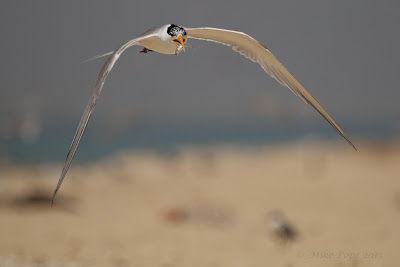