Autumn in the Air

After 173-days Kuwait lifted restrictions on Lockdown/Curfews at midnight on 31 August, but life as we knew it, is not quite normal and that may still be a long way down the track. But for now, Autumn migration has started, birds are on the move and heading south for the endless summer.

This morning I was back at Pivot Fields by 6am together with John Gurnett and Dr. Riad where we spend the first 90-minutes at the marsh as the birds started to get active. Warbler's weren't quite as vocal, but we did connect with Caspian Reed Warbler

There were quite a few Duck on the bigger pool which took to the sky when we ventured closer. Mostly Garganey

The two male Yellow-crowned Bishops were quite competitive when a female made an appearance. Still haven't cracked the Bumble-bee flight shot..... 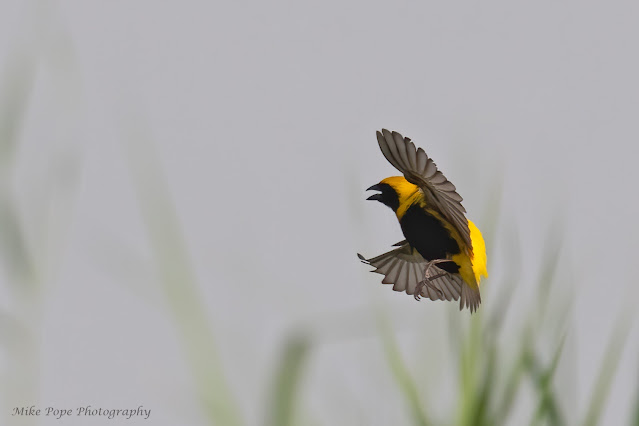 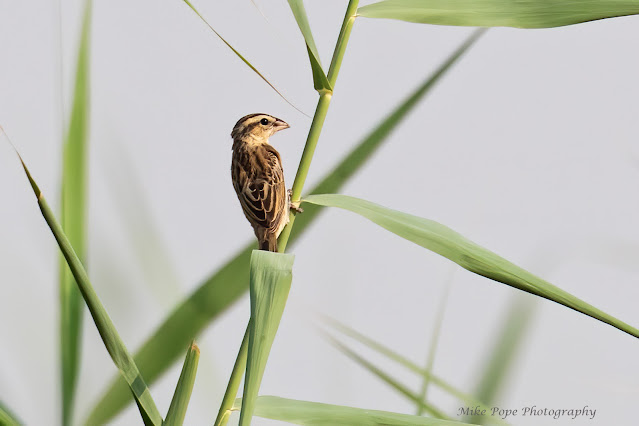 There were Blue-cheeked Bee-eaters overhead, their calls really do elicit a happy disposition, despite the unbelievable challenges they have to overcome to get to their summer destination 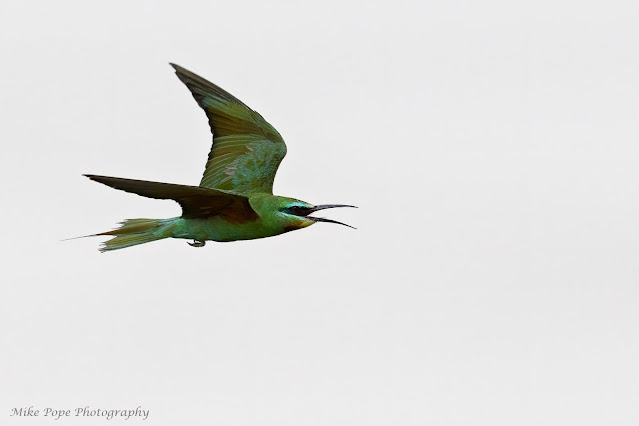 Whilst the other Harriers prefer hunting over the open fields 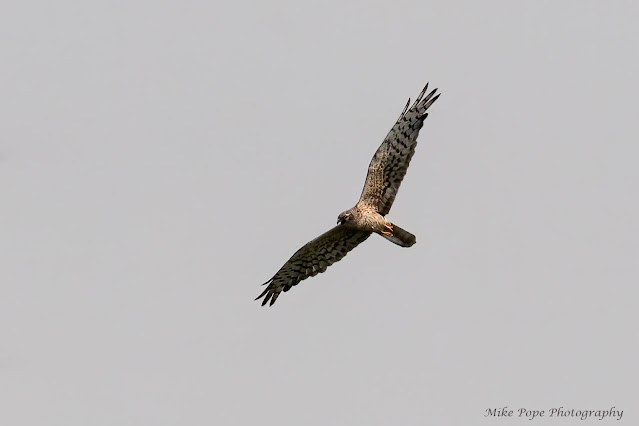 A Red-backed Shrike was checking out the patch when we walked back to our cars.

We then divided and explored different parts of the farm, staying in touch for any interesting species. At another pond, I had a Great Reed Warbler checking me out through a mesh fence

I spent quite a bit of time with this Black-eared Kite as it enjoyed its breakfast. It was some distance off, so the heat haze wasn't my friend. It has 6 primaries and white bases to the primaries in flight, which are decent pointers to Black-eared, an autumn and winter visitor in Kuwait. 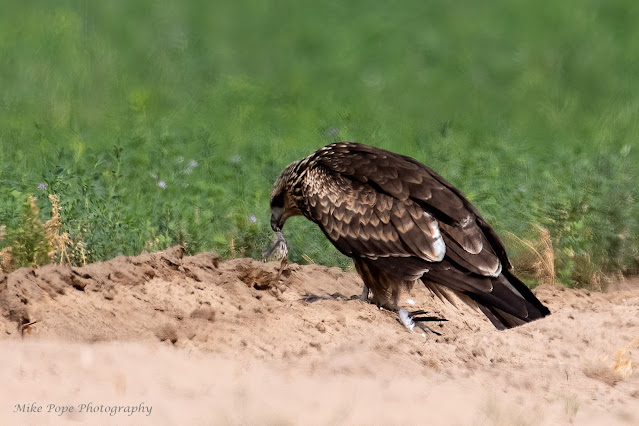 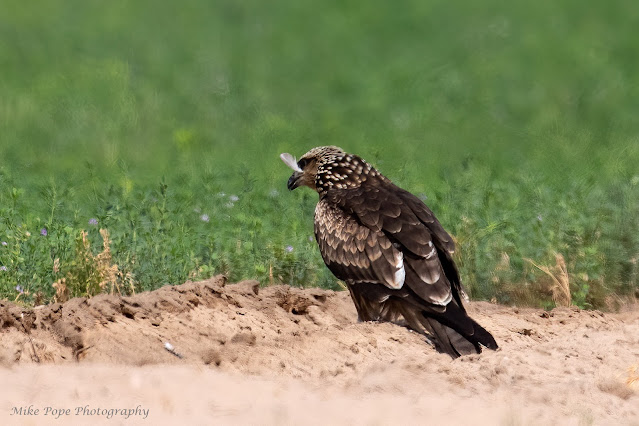 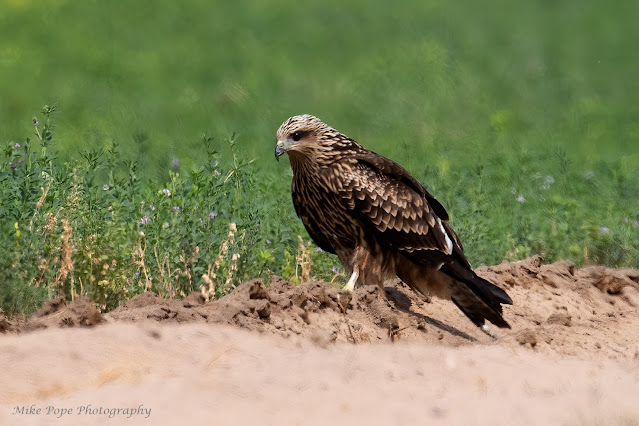 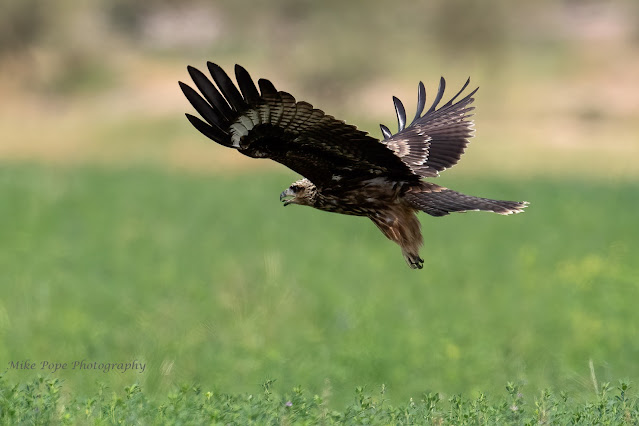 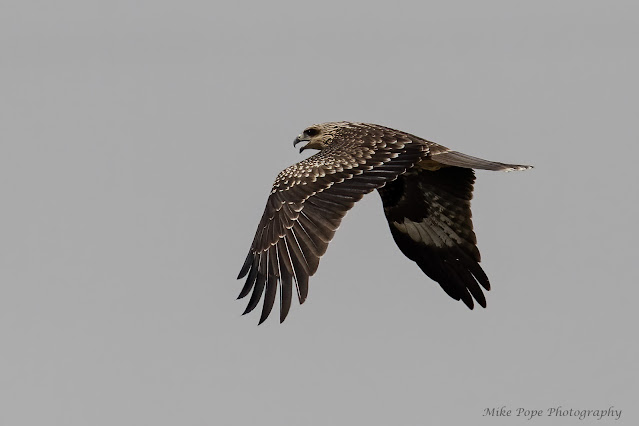 The other pool that was so productive has dried up a little and is probably going to be filled to optimise the planting area, but overhead there were many Barn Swallows 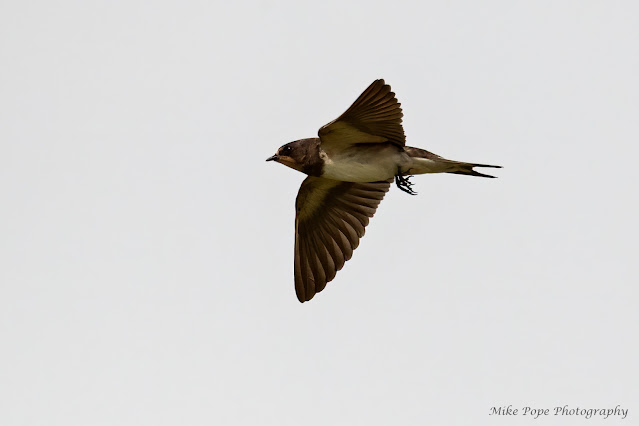 Along with Collared Pratincole's, all feeding on the wing 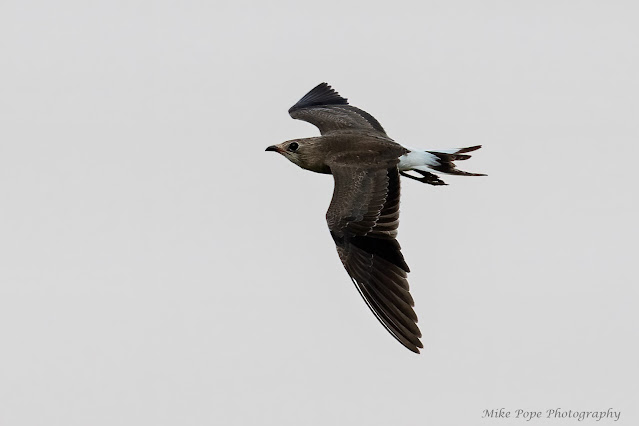 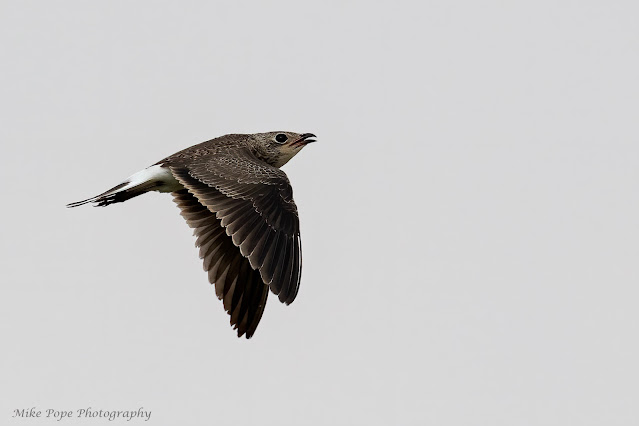 On the overhead line, a European Roller was struggling a bit with the heat 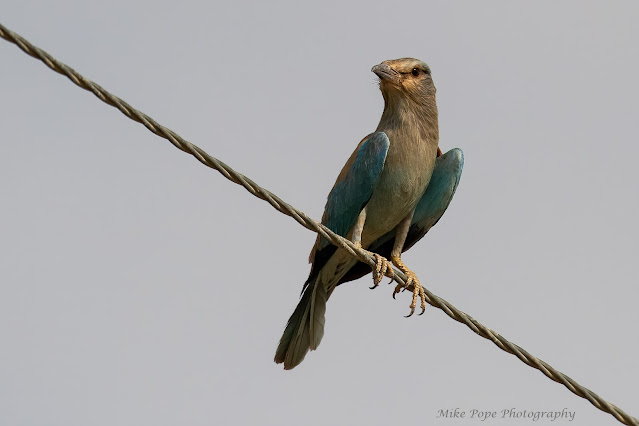 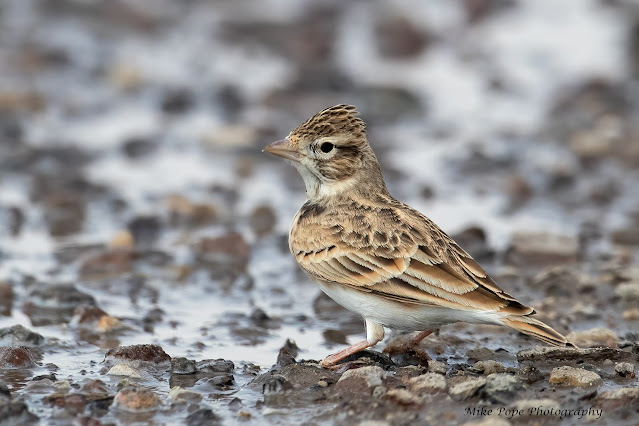 And Western Yellow Wagtails were active in the fields

Even though Autumn is upon us, the day time temps haven't quite dropped under 40 degrees yet, so by 10am when we start wilting is a good time to call it a morning.